“Although the certification and demolition is being run autonomously by KSF, it is still the mandate of KFOR to remove unexploded ordnance from Kosovo,” said 1st Lt. Michael Villahermosa, commander of Task Force EOD. “The munitions being disposed of today are UXO and it is our responsibility to ensure they are disposed of.”

Under the supervision of their highly-experienced instructors, KSF EOD cadets disposed of 16 unexploded ordnance munitions ranging from hand grenades to mortar rounds, remnants from past conflicts in the region.

EOD certifications are vital for KSF in order to grow their force and maintain their capabilities to provide freedom of movement for the people in Kosovo.

Villahermosa and Loxha originally met during a training exercise for KFOR 26. Loxha said the two organizations have had a seamless relationship since the beginning.

“We got together pretty naturally and we have enjoyed the companionship,” said Loxha. “KFOR has been very helpful with the joint planning and being present to assistant instruct if needed.”

“This demolition highlights the capabilities and independence of the KSF EOD when it comes to growing their own ranks,” said Villahermosa. “Every time that KFOR and KSF can remove a UXO from the environment, it ensures the safety of the people living here.” 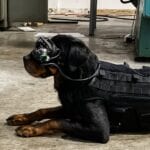 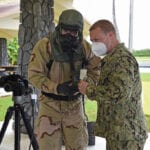