The Navy is developing the JCREW system to protect soldiers on patrol, in vehicles, or in forward operating bases from advanced radio-controlled improvised explosive devices (IEDs).

“This is an important system for force protection and we are very pleased with its progress,” said Capt. Aaron Peters, program manager for the Expeditionary Mission Program Office. “I look forward to the prospect of getting this robust capability into the hands of our warfighters.”

JCREW’s three variants provide critical support to warfighters. The dismounted variant is carried via backpack, the mounted variant is attached to tactical vehicles, such as HUMVEEs and MRAPs, and the fixed variant provides protection at static locations, encompassing the area of a camp or base. The systems provide a “protective bubble” around warfighters against IED’s.

The Navy designed the JCREW system using an innovative open architecture platform. This allows for rapid improvements in system performance in order to counter the constantly evolving IED threat.

The system is expected to enter LRIP during fiscal year 2015.

JCREW completed development testing and an operational assessment by the U.S. Navy Commander Operational Test and Evaluation Force in July 2014. 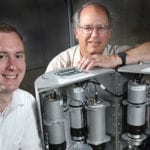 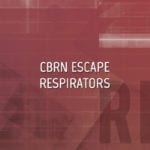