The Iranian authorities have insisted that a power failure that shut down the country’s important Natanz uranium enrichment site, 250 miles south of Tehran, on April 11 was caused by a deliberately planned explosion. Iran has alleged – and it is widely believed – that Israel’s intelligence agency Mossad was behind the attack.

This incident comes at a time when the Biden administration has sought to engage with Iran’s leaders to revive the so-called “nuclear deal” (formally known as the Joint Comprehensive Plan of Action or JCPOA). The JCPOA was designed to constrain Iran’s uranium enrichment activities, keep all nuclear facilities under international monitoring and thereby forestall the development of a nuclear weapons capability.

The Trump administration had abandoned the JCPOA negotiated during the Obama administration and imposed sanctions on Iran as part of a policy of “maximum pressure”. In response, Iran has gradually departed from the commitments under the agreement by restarting the enrichment of uranium and restricting the access of inspectors from the International Atomic Energy Authority (IAEA) to its nuclear facilities. For the Biden administration, the reactivation of the agreement is a high-priority commitment.

Iran has indicated a willingness to discuss the renewal of the JCPOA. Iran’s foreign minister, Mohammad Javad Zarif, has said on various occasions that the dropping of sanctions would be a first step before Iran would consider any steps of its own.

The country has been installing new high-performance centrifuges to step up uranium enrichment, presumably as a means for increasing its leverage in any forthcoming negotiations. According to Behrouz Kamalvandi, Iran’s Atomic Energy Organisation spokesperson, Iran has produced 55kg of uranium enriched to 20%.

Iran will seek more substantial rewards for accepting the constraints of JCPOA than just a lifting of sanctions. But the attack on Natanz has put a temporary halt of perhaps nine months to the enrichment programme.

As a result of Iran’s stance, the efforts by the Biden administration to revive the JCPOA have been slow to start. Indirect talks with the UK, France, Germany, Russia and China started in Vienna just before the Natanz incident, intended to map out the steps required by Iran to curtail enrichment and the reciprocal steps by the US to alleviate sanctions.

Since the JCPOA first came into force, the Abraham Accords between Israel and multiple Sunni Arab states have manifested the fact that the principal division in the Middle East is now not between Israel and the rest, but Iran and all other powers in the region (except for Iraq). The Gulf States and Israel are opposed to a revival of the JCPOA because they doubt its capacity to prevent an Iranian nuclear weapon. They also oppose any financial or other concessions made to Iran.

There is a powerful argument that favours the aims of the Biden administration, namely that Israel and other opponents of the JCPOA have no plausible instruments to prevent a nuclear Iran. Although the sabotage of Iranian centrifuges with the Stuxnet malware in 2010 and the assassinations of Iranian nuclear specialists (including Mohsen Fakhrizadeh in November 2020) have temporarily slowed the progress of the Iranian nuclear programme, such actions cannot prevent Iran from acquiring a nuclear weapon.

Moreover, the US military understands that air power is not sufficient to destroy facilities that are now well protected and buried deep underground. And, given that scientific knowledge cannot be destroyed with military attacks, there is no effective military option short of an all-out invasion and regime change. This means a diplomatic solution is the only viable option.

At the same time, nobody negotiating the original JCPOA anticipated the speed with which Iran could develop a family of precision-strike, conventionally armed missiles and UCAVs. These can attack military and civil targets in Israel and the Arab Gulf states, including air bases and other critical infrastructure, some of which take years to repair and are worth up to billions of dollars.

Iran’s modern arsenal means it would no longer have to rely on its antiquated air force to deploy nuclear warheads (if it acquired them), so the country has new strategic options. What’s more, Iran has already transferred some of these missile systems to the Hezbollah party in Lebanon and the Houthi armed movement in Yemen. It might also deploy them to Syria or some areas in Iraq where Iranian-backed militias are active.

The potential risks were demonstrated when, on September 14 2019, drones were used by Houthis to attack state-owned Aramco oil processing facilities in Saudi Arabia. Many elements of Saudi and Israeli infrastructure are similarly vulnerable. This means that Iran has options for power projection short of a nuclear weapons capability. Consequently there is a strong argument for the inclusion of restraints on the development or deployment of at least some missile capabilities as part of a renewed nuclear deal.

The Iranian regime seems to believe that the Biden administration is more eager to come to a deal and is therefore waiting for a first step. The attack on the Natanz facility may have reduced the space for negotiations for the Iranian leadership, which announced in response that it would now produce uranium enriched to 60%.

The Biden administration, on the other hand, is taking a tough approach. Biden’s first military action was a strike against Iran-backed fighters in Syria – and the US president has flat-out rejected the demand to lift sanctions as a first step. So the chances of progress at this time are low.

The US and Iran are positioning themselves to get the most out of a renewal of the JCPOA. While it may take quite some time and effort, a return to a nuclear deal that is compatible with Iran’s obligations under the Nuclear Nonproliferation Treaty is possible. 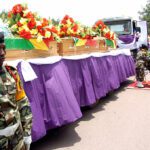 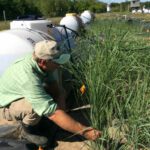