Hong Kong’s gas-choked summer of turmoil is the latest chapter in a century-long story of commercial exploitation of a surprisingly poorly understood weapon.

Spent cartridges of CS gas used by the Hong Kong police carry the name of Chemring Defence, which transferred its pyrotechnics factory to PW Defence in June, as Hong Kong’s streets were filling up with millions of people protesting. Tear gas supplied by United States companies NonLethal Technologies and Combined Systems have also been identified, according to reporting from the South China Morning Post.

“What makes tear gas legal to use is that protesters are always supposed to be able to get away from the smoke, and the smoke is always supposed to be able to evaporate and be ephemeral,” says Dr Anna Feigenbaum, author of the comprehensive 2017 book on the subject, Tear Gas. “The problem is that in Hong Kong, neither of those things are true. You have a situation where there are lots of cordoned-off streets, there are barricades, and there are narrow roads that have been blocked by police lines.

Former foreign secretary Jeremy Hunt announced in June that Britain would “not issue any further export licences for crowd control equipment to Hong Kong unless we are satisfied that concerns raised on human rights and fundamental freedoms have been thoroughly addressed”.

But there is a catch. That decision does not apply to existing licences, such as the one issued in 2015 to companies including Chemring Defence, allowing exports to Hong Kong to flow uninterrupted until next year.

According to Feigenbaum, a senior lecturer at Britain’s Bournemouth University, despite hundreds of reported deaths from its effects over the decades – as well as injuries ranging from burns and brain damage to respiratory ailments and miscarriages – there is no legal obligation in any country to record the number of deaths or injuries attributed to tear gas.

Rupert Pittman, director of corporate affairs for the Chemring Group, declined to say how much tear gas had been supplied to Hong Kong by Chemring Defence and the value of the business. He also refused to reveal the outcome of a review the company told The Guardian newspaper it was conducting into sales of tear gas to Hong Kong after it was used against unarmed protesters in the city in 2014.

Read the full story at the South China Post Magazine. 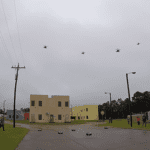 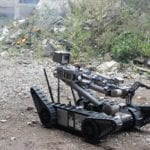