The nuclear cart before the horse: Without an integrated schedule for plutonium production, NNSA plans for warhead modernization are guesstimates.

The National Nuclear Security Administration NNSA plans to replace the W78—an older type of nuclear warhead used in intercontinental ballistic missiles—with the W87-1, starting in 2030. According to an assessment released today from the U.S. Government Accountability Office (GAO), it’s unclear if NNSA can produce enough of the W87-1’s fissile cores in time to meet its planned production schedule.

NNSA estimated that the new warhead could cost up to $14.8 billion, which could make it the most expensive program of this type to date. Upcoming design decisions for the weapon could affect cost. But according to the GAO, the agency didn’t have formal plans to assess the costs and benefits of these decisions.

Recent NNSA and independent studies have cast doubt on NNSA’s ability to ready its two planned pit production facilities in time. If one facility is not ready to produce pits in the early 2030s, for example, NNSA would likely produce fewer weapons than planned, according to GAO’s analysis of NNSA plans. NNSA’s plutonium program—which is managing the facility readiness efforts—has not yet completed an integrated schedule for the overall pit production effort, making it impossible to accurately estimate the schedule and cost for the W87-1 program. An integrated schedule is important, according to best practices, because it integrates the planned work, resources, and budget. An NNSA official stated that the program was building a schedule, but could not provide documentation that it would meet best practices. A schedule consistent with best practices would provide NNSA with better assurance that it will have adequate pits to meet planned W87-1 production.

The report released this week is a public version of a classified report that GAO issued in February 2020. Information that NNSA or DOD deemed classified or sensitive has been omitted. 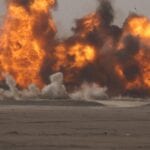 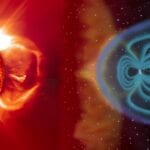