FOI, the Swedish Defence Research Agency, has produced new data for calculating how toxic gases disperse through the air.

Toxic gas clouds, such as from a factory accident, chemical warfare agents, or wildfire smoke, may be transported long distances by the wind before they are diluted and rendered harmless. But how large an area is covered by the cloud? What concentrations remain after four or eight hours? How dangerous are they for the population? Providing answers to these questions requires so-called dispersion models.

“FOI has a variety of models that describe how harmful such gases are for people, how the gas cloud spreads and which areas might be affected, depending on the weather conditions. The models estimate the effect of the chemicals after an accident or a fire, for example.”

Sofia Jonasson and her colleagues have now improved the data used in the modelling, both in terms of the risk of life-threatening effects for the general population and the size of the area that should be evacuated.

“We have also included data for four additional chemicals that are common in fires,” says Sofia Jonasson.

Improvements are needed to ensure more reliable predictions. One of the difficulties with the mathematical models for toxic gases is that there are no exact data for the negative health effects on individuals when they are exposed to chemicals. Much of the data comes from animal studies, where various safety factors are used to scale the results from animals to humans. Delayed health effects are equally problematic in this regard.

These methods are scientifically-based. With their help, the researchers have developed, among other things, risk area assessments for different dispersion scenarios of up to eight hours of exposure, from the previous four.

Chemical weapons are defined by OPCW as chemicals used to cause intentional death or harm through their toxic properties. The production, storage and use of nerve agents and sulphur mustard are banned by the Chemical Weapons Convention of 1993.

The chemical warfare agents selected for this FOI report include:

* These chemicals are also listed as industrial chemicals in this report.

An example of the use of FOI’s dispersion models by emergency response services was when a freight train pulling 12 cars loaded with 700 tons of poisonous chlorine gas derailed outside Kungsbacka in 2005.

Probability functions were used to describe the relation between the airborne concentrations of chemicals, the exposure period and the percentage of individuals who could be afflicted with life-threatening injuries.

The report is based on the international scientific models, Acute Exposure Guideline Levels (AEGL) and Rijksinstituut voor Volksgezondheid en Milieu (RIVM), which predict the effects of chemical emissions. The report proposes that RIVM is used primarily to calculate response rates of the general population where there is a risk of lethal exposure after a chemical emission; and that response rates calculated on the basis of AEGL-3 are used for chemicals where RIVM has not published data.

Source: FOI, edited for context and format by CBRNE Central. 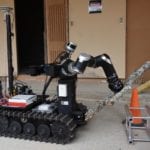 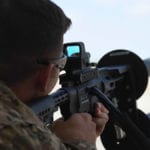