“One of our CBRN preparedness teams conducting a CWMD Executive Seminar in Pristina, Kosovo, was the last DTRA team to return to base having completed an engagement before country access was revoked,” stated Musgrave. “Little did we know the degree to which this pandemic-level event would challenge our ability to train and equip our partner-nations.”

To ensure for the safety of the workforce, Defense officials issued department-wide travel stoppage orders for all members. Initially, DTRA teams took advantage of this downtime to review and revise procedures, update plans and documentation and develop concepts to return to normal operations.

However, as the pandemic picked up momentum both at home and abroad, it became more evident that travel restrictions would remain intact for the unforeseeable future. DTRA teams began leveraging virtual training venues and existing in-country presence to continue building capacity efforts.

“Out of necessity, we had to change our approach to conducting business,” stated U.S. Army Colonel Randy Cote, DTRA’s lead military officer for capacity building activities. “We continued to engage with our partners to reinforce our commitment to them and the mission, but had to think differently because most of our work requires boots on the ground. We needed to react quickly because previously acquired CBRN Reconnaissance Kits were already arriving in various countries …equipment crucial to COVID-19 response efforts. Our country partners could not take ownership of the equipment until inventoried and officially transferred by DTRA officials. Our teams were unable to travel, so we went virtual!”

DTRA’s lead in the Indo-Pacific region, U.S. Army Lt. Colonel Aaron Turner, explained that there were a dozen participants participating from five separate locations. The video conference event hosted three DTRA participants from the National Capitol Region, a CBRN instructor in Fort Worth, Texas, the Defense Threat Reduction Officer and personnel calling in from Manilla.

“The event presented many learning opportunities and challenges but was ultimately successful with the eventual transfer of critical Personal Protective Equipment enabling them to provide much-needed support to the Philippines’ COVID-19 response efforts,” stated Turner.

The experience and lessons learned during the July virtual event paved the way for more events across the globe. In the Republic of Georgia, virtual engagements led to the transfer of critically needed vehicles and trailers for first responders to transport response equipment to incident sites. In addition, DTRA delivered training on how to develop and review standard operating procedures with the Georgian Ministry of Defense CBRN Company. DTRA subject matter experts also conducted technology exchanges with counterparts in Peru and Brazil.

“This team has more than simply overcome the myriad of challenges presented by the COVID-19 pandemic. They have developed new processes, and then combined those processes with new technologies and resources, to fundamentally reshape how DTRA executes our CWMD Security Cooperation mission,” stated Musgrave. 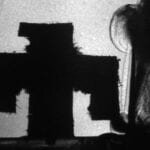 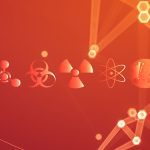