“The start of operations for the Blue Grass Chemical Agent-Destruction Pilot Plant is a milestone not only for Kentucky, but also for the entire country, as we honor our commitment to safely and completely destroy our stockpile of chemical weapons,” noted Kentucky Gov. Matt Bevin noted at a ceremony on May 29 commemorating the start of operations.

The Blue Grass Chemical Activity (BGCA), a tenant of the 15,000-acre Blue Grass Army Depot, is responsible for the safekeeping of the portion of the nation’s chemical weapons stockpile.

The loading and custody transfer of the chemical munitions for movement to the plant is a key responsibility of the activity. BGCA must ensure the munitions are removed from storage, properly strapped down onto pallets and safely loaded onto a munitions transport vehicle called an enhanced on-site container (EONC).

“This operation requires a variety of personnel, about 20, to make sure everything runs smoothly and that we follow procedures,” said John Robbins, field operations division chief for BGCA. “We have toxic materials handlers, forklift operators, chemical accountability management personnel, surety specialists, quality assurance specialists (ammunition surveillance) and supervisors working together to ensure everything is properly executed.”

The chemical operations crew has been training on munitions transfer and movement in conjunction with BGCAPP since 2017. The process is relatively straightforward. The storage igloo is monitored with a real-time analytical platform that will detect agent if it is in the ambient air. Once the operator ensures the igloo is safe for crews to enter, they set up a decontamination station outside the igloo in case anyone comes into contact with agent. Though this has never occurred at BGCA, the safety and well-being of the workforce, community and environment is always the first consideration in conducting chemical operations.

Personnel unlock and enter the igloo to perform initial visual checks before the plan is executed. Once the all clear is given, a crew member drives a forklift into the igloo to retrieve the weapons and move them onto the apron. More crew members use straps to secure the weapons to the pallets according to Defense Ammunition Center procedures. Meanwhile, the worker responsible for the accountability of the weapons transfers custody to BGCAPP personnel.

Once these tasks are complete, the forklift driver loads the pallet of chemical weapons into an EONC with the help of ground guides. An EONC is an enclosed, seal-tested container used to transport the munitions from storage to the destruction facility. BGCAPP personnel close the EONC door and drive a short distance to perform a seal test. After a successful seal test, they drive the EONC to BGCAPP to unload the weapons into munitions storage areas at the plant.

As operations begin at Blue Grass and continue at the Pueblo Chemical Agent-Destruction Pilot Plant in Colorado, the mission to destroy the last of the nation’s chemical weapon stockpile will be complete. 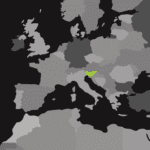 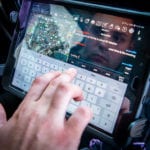