As part of an extensive military effort to better protect soldiers from deadly explosions, civilian engineer Sean Young along with colleague Benjamin Tran at the Air Force Research Laboratory in Ohio led the development, testing and deployment of a cutting-edge system of sensors placed on unmanned aerial vehicles that are detecting IEDs from the air and saving lives. Washington Post >>

MRIGlobal has been awarded a contract to configure, equip, deploy and staff two quick response mobile laboratory systems (MLS) to support the ongoing Ebola outbreak in West Africa. The contract was awarded by the Defense Threat Reduction Agency (DTRA) on behalf of the Cooperative Threat Reduction Program (CTR). Global Biodefense >>

DHS Chief Not Happy With Congress for Funding Dept. Through Early 2015

Department of Homeland Security (DHS) Secretary Jeh Johnson isn’t at all happy with Congress for not fully funding the department when it approved a Continuing Resolution (CR) funding DHS at current level through February 27, 2015. HS Today >>

Will the Flak Jacket of the Future Include Organic Sensors?

There’s a saying that was popular among some generals during the war in Iraq: every soldier is a sensor. It speaks the potential of soldiers to collect and relay information to help the broader effort. But the equipment soldiers carry can also serve as a sensor, absorbing data about the soldier’s external experience as well as the physical and mental state of the person in uniform. Defense One >>

The Government of Switzerland and the OPCW jointly organized the sixth edition of a laboratory training course on protection against chemical weapons from 1 to 5 December 2014 at the Swiss Army’s ABC Centre of Competence in Spiez. Eleven participants from as many States Parties attended the course. OPCW >>

A mechanical fly buzzing into an enemy operations center for surveillance may still be the stuff of science fiction, but perhaps not for long. The same group working on this project are also looking to develop micro robotic components for things like gyroscopes, tactical radios, radars and IED-defeat systems. Army News Service >>

The Department of Homeland Security (DHS) will be accepting proposals for the latest Small Business Innovation Research (SBIR FY15.1) program. The joint solicitation between the Science and Technology (S&T) Directorate and the Domestic Nuclear Detection Office (DNDO) covers an array of security topics for potential funding. Global Biodefense >>

A new, purpose-built laboratory is being built in Melbourne that will enable Australia’s Defense Science and Technology Organisation (DSTO) to better meet the growing needs of Defense for scientific support, particularly the research into defense against chemical, biological and radiological threats. The new facility expected to be completed in 2016. CBRNe Portal >>

The Defence Science and Technology Laboratory (Dstl) and US Army Research Laboratory (ARL) are jointly holding an Opportunity Day on 3 February 2015 where suppliers can learn how to get involved with a consortium to help troops on the battlefield share, store and process information. GOV.UK >>

Getting Bot Responders Into Shape

Through a project supported by DARPA, Sandia is developing technology that will dramatically improve the endurance of legged robots, helping them operate for long periods while performing the types of locomotion most relevant to disaster response scenarios. Sandia National Laboratories >>

Each year the Air Force Association selects one Air Force civilian employee to receive the Outstanding Civilian Employee of the Year Award. One of Joint Task Force Civil Support’s own has moved one step closer to receiving that honor. JTF Civil Support >>

Despite the general success of older filtration technology, carbon cannot protect soldiers from all conceivable conditions. Peterson notes that one of the many of the shortcomings of carbon-based filtration is the relatively weak physical absorption which slowly degrades the filter. With metal-organic framework compounds (MOFs) technology, however, the extremely porous materials allow for filtration via a much more extreme surface area. HSNW >>

Chemical, biological, radiological, and nuclear defense continues to play an absolutely indispensable part in any country’s security and defense systems. Although nuclear and radiological agents are relatively difficult to obtain by a non-state actor or terrorist organization, chemical and biological warfare agents are much easier to produce and often require small labs to manufacture – an environment perfect for modern day terrorist organizations. ASDNews >>

The Harris Corporation has received a $38 million order to deliver Falcon III tactical radios that will provide Australia’s armed forces with reliable and secure Type-1 tactical voice and data communications. Harris has deployed more than 35,000 AN/PRC-117G and 20,000 AN/PRC-152A radios worldwide. They are in use by all branches of the U.S. Department of Defense and more than 15 allied nations. GSN >>

Although the latest threat-response technology or pocket-sized wonder device is always welcome, the next big advance for emergency responders could be as simple as evaluating and updating existing capabilities and procedures. The time has come for the emergency responder community to take practical steps to improve the readiness and capabilities of equipment they already have. Domestic Preparedness >>

Teaming Up with the U.S. Army to Treat Hantavirus

The U.S. Army Medical Research Institute of Infectious Diseases (USAMRIID) and SAB Biotherapeutics, Inc. (SAB) have teamed up to address the potentially deadly hantavirus using a novel approach to developing protective antibodies against it. Global Biodefense >> 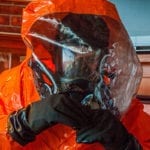 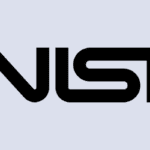