A scientific analysis of a natural gas leak near Los Angeles says that it was the biggest in US history. The Aliso Canyon blowout vented almost 100,000 ton of methane into the atmosphere before it was plugged. The impact on the climate is said to be the equivalent of the annual emissions of half a million cars. BBC News >>

The Michigan Department of Environmental Quality wants $700,000 to better monitor, track and understand a dioxane plume that slowly has been expanding in Ann Arbor. The agency has asked state lawmakers to approve the allocation of Clean Michigan Initiative funds in fiscal year 2017, which starts in October, The Ann Arbor News reported. Dioxane is considered a probable human carcinogen. Chem.info >>

Laura Holgate, the US envoy to the Nuclear Security Summit, likes to compare the series of biannual meetings initiated by President Barack Obama in 2010 to a “sprint in the middle of a marathon.” The metaphor is an apt one. Like sprinters, summit participants moved quickly to achieve some concrete accomplishments, departing from the usual languid pace of multilateral diplomacy. Bulletin of the Atomic Scientists >>

It has almost become dogma: The United States needs to keep a Triad of strategic nuclear forces. Therefore, expensive modernization of every leg is necessary plus a fourth leg of non-strategic fighter-jets. Oh, and don’t forget nuclear command and control systems such as terminals and satellites. Federation of American Scientists >>

Microbial forensics has been defined as the discipline of applying scientific methods to analyzing evidence related to bioterrorism, biocrimes, hoaxes, or the accidental release of a biological agent or toxin for attribution purposes. Over the past 15 years technology, particularly massively parallel sequencing, and bioinformatics advances now allow characterization of microorganisms for a variety of human forensic applications. Journal of Microbiology >>

Rep. Tim Walz, D-Minn., plans to introduce legislation Thursday to create a “center of excellence” to study and manage medical care for veterans with illnesses caused by chemicals and other battlefield environmental hazards. Walz will propose a “Center of Excellence for Toxic Wounds,” managed by the Veterans Affairs Department, that would provide a one-stop shop for research initiatives, health care treatment policy and guidance, and specialty care for chronic illnesses linked to exposures resulting from military service. Navy Times >>

The 19-year-old Army private from Shafter stood in a Saudi Arabia port, gas mask clasped over his face, hunting for reasons not to think he was being poisoned. If the seagulls were flying, it meant the chemical weapons alarm making his heart race was a false alert. “If the birds were falling” he said, “it was legit.” This was Operation Desert Storm. Ventura County Star >>

Paramedics from the West Midlands Ambulance Service were given an insight into what a new career in the Hazardous Area Response Team (HART) would be like as they tried out to become a member of the specialist unit. HART teams provide paramedic care to patients within a hazardous environment that would otherwise be beyond the reach of NHS care. Coventry Observer >>

The uncontrolled spread of small amounts of radioactive waste at Hanford after a Nov. 17 windstorm is alarming, the U.S. Environmental Protection Agency said in a letter to the Department of Energy. The high winds pushed specks of contamination beyond Route 4, a public highway in Richland to the Wye Barricade entrance to Hanford. Chem.info >>

The operator of the Fukushima nuclear power plant hit by a tsunami in 2011 has admitted that it should have announced sooner that there was a nuclear meltdown at the site. It was two months before it was acknowledged there had been a meltdown. BBC >>

As countries scramble to grow their supply of clean energy, nuclear power poses a couple of problems. Radiation risks are unavoidable, of course, and the conventional wisdom says that, unlike other energy sources, nuclear is doomed to grow increasingly expensive over time. In the U.S., costs have skyrocketed so high that hardly any new plants get built anymore. CityLab >> 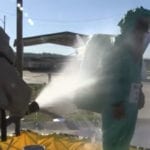 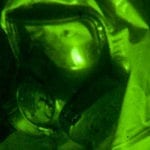