Topics in this issue include Russia’s withdrawal from plutonium deal, investigating chemical weapons use in Sudan, and nano-fibers for improving personal protective equipment.

A pair of U.S. Air Force B-2 bombers dropped two 700-pound faux nuclear bombs in the middle of the Nevada desert within the past few days. the test involved two dummy variants of the B61, a nuclear bomb that has been in the U.S. arsenal since the 1960s. One was an “earth penetrator” made to strike underground targets, the other a tactical version of the B61. Neither carried an actual warhead. Defense One >>

UN Urges Sudan to Cooperate in Any Chemical Weapons Probe

The U.N. peacekeeping chief called on the government of Sudan on Tuesday to cooperate with the international chemical weapons watchdog in any investigation of alleged chemical weapons use in the Darfur region. Herve Ladsous told the U.N. Security Council that peacekeepers from the U.N.-African Union force in Darfur have been denied access to the area in Jebel Marra where Amnesty International alleged that at least 30 chemical attacks have taken place since January. ABC News >>

As these seem to be the days of unethical warfare, one never knows what to expect. Explosives and guns are just the tip of the knife of terrorists who are willing to use whatever they have at hand to cause havoc and damage. Chemical weapons are certainly not off the table. Perhaps in response to the possibility, or inevitability, of chemical attacks, researchers at North Carolina State University have created a fabric material containing nanoscale fibers capable of braking down chemical warfare agents (CWAs). Sensors Online >>

A UN court has thrown out cases brought by the Marshall Islands against the UK and others for allegedly failing to stop the spread of nuclear weapons. Marshall Islanders have been at the forefront of anti-nuclear activism after ecologically-devastating American bomb tests at their Bikini Atoll. The UK, India and Pakistan were accused of failing their obligations under the 1968 nuclear non-proliferation treaty. BBC News >>

A U.S. service member was killed in eastern Afghanistan on Tuesday while taking part in operations targeting the Islamic State group, Defense Department officials said. The service member, whose name and service branch were not immediately released, was killed while on a foot patrol in Nangarhar province with Afghan forces. Military Times >> and NY Times >>

NNSA Head: ‘All Bets Are Off’ for Warhead Modernization Under Sequestration

If Congress does not ease budget caps for the coming fiscal year, it will be almost impossible to keep a quintet of vital nuclear warhead modernization program on track, warns the head of the National Nuclear Security Agency. Defense News >>

Before New START passed, it was clear Russia intended to modernize its nuclear arsenal in a big way. Now, their modernization efforts have to fit within the New START limits, and it’s unclear if they would have grown beyond those limits absent the treaty. Politifact >>

It is not unreasonable to believe that the use of a single nuclear weapon by a rogue nation or a terrorist group now poses a more likely scenario for a nuclear confrontation than a nuclear war between Russia and the United States. Nevertheless, some downplay the threat of a nuclear attack to the United States’ mainland by these new nuclear adversaries. They argue that adversaries not only need nuclear weapons, but must also be able to deliver them to their targets. Associated Press >>

Exposure to the odorless, colorless, tasteless and yet lethal nerve gases could lead to paralysis of the central nervous system, organ failure or even rapid death. Hence it is of great importance to develop a convenient, portable and rapid detection method for these gaseous nerve agents. Journal of Materials Chemistry >>

Harris Corp., known for its radios and communications equipment, had a surprising piece of technology at its booth at the Association of the US Army’s annual convention Monday. While robots that do Explosive Ordnance Disposal (EOD) are nothing new, the T7 EOD robot, designed to disarm improvised explosive devices like car bombs, is so intuitive to use even a reporter can learn how to operate the arm on the robot in a matter of minutes. Defense News >>

Why Russia’s Withdrawal from the Plutonium Deal is Worrying

Even during the low point of the Ukraine crisis, Russia and the U.S. honored their commitments to nuclear disarmament and nuclear non-proliferation. But now Russia has shown that it is willing to scrap an important nuclear deal. Russia Direct >>

Scientists are using all kinds of forensic technologies to fight wildlife crime, including DNA testing. One of the newer ones is the use of carbon dating to determine how long ago an elephant was killed. Radioactive carbon-14 was released into the atmosphere during the open-air nuclear bomb tests of the 1950s and ‘60s and was taken up by plants all around the globe and remains, albeit at lower and lower levels, in plants today. Carbon-14 decays at a known amount each year, so by measuring the amount of the isotope in a tusk, scientists can figure out how old the elephant was when it died. National Geographic >>

The Navy and U.S. Department of Energy want to build a $1.6 billion facility at a nuclear site in eastern Idaho that would handle fuel waste from the nation’s fleet of nuclear-powered warships through at least 2060. The Naval Nuclear Propulsion Program, a joint Navy and Energy Department organization, has been sending spent Navy fuel to the Idaho site since 1957, the document said. It’s transported by rail from shipyards. Navy Times >>

The Continuing Danger of Semipalatinsk

Today, most of the abandoned Semipalatinsk territory is accessible to anyone who wishes to enter. Except for a 37-mile area “exclusion zone” at the Degelen Mountain complex, guarded by drones and other surveillance equipment, few signs indicate radiation danger. For the thousands living nearby, it is no secret that the former nuclear testing area is poorly secured. Bulletin of the Atomic Scientists >>

Few antidotes for nerve agents exist, and those that do must be administered soon after an attack. Now a team of scientists report on early-stage development of a potential treatment that soldiers or civilians could take before such agents are unleashed. Global Biodefense >> 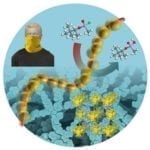 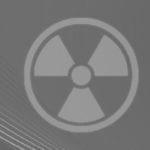