An Iran Nuclear Deal That Reduces the Chance of War

The deal, the product of 20 arduous months of negotiations, would obviously have provided more cause for celebration if Iran had agreed to completely dismantle all of its nuclear facilities. But the chances of that happening were effectively zero and even if all of Iran’s nuclear-related buildings and installations were destroyed, no one can erase the knowledge Iranian scientists have acquired after working on nuclear projects for decades. NY Times >>

Col. Patrick M. Garman relinquished command of the 1st Area Medical Laboratory (1st AML), to Col. Laura M. Elliot at a recent ceremony.  An Iraq veteran, Elliott reports to 1st AML after serving as the chief of the Plans Division at the U.S. Army Office of the Surgeon General and U.S. Army Medical Command. Global Biodefense >>

Medical workers and even patients are also exposed to much more radiation than was common decades ago, the study authors point out, but it’s unclear what amount of low-level exposure raises cancer risk, they say. Reuters >>

Revisiting the 2007 NIE in Light of a Nuclear Deal

This new deal will eventually give them access to substantial amounts of frozen funds, but only if inspections take place without disruption. Oddly enough, an indirect approach was pursued in 2007 by way of clumsy declassification of a U.S. National Intelligence Estimate. This NIE paved the way for the deal that was reached today, though the reasons for negotiating have changed because the region has deepened its defacto commitment to chaos. In Homeland Security >>

Anthrax Lab’s History of ‘F-ing Around’ With Explosives

It came as a shock when the U.S. military came clean about one of the worst biodefense screw-ups on American soil in decades—the release of live, lethal anthrax to more than 85 unsuspecting labs. Perhaps it shouldn’t have been a complete surprise, given the anthrax’s source. Daily Beast >>

Down and Dirty on the Iranian Nuclear Deal

While much of the focus has been on breakout (the time it would take Iran to enrich 25 kilograms of 90% uranium-235), the reality has always been that the current inspection regime would — in all likelihood — detect this activity in short order. The quick detection of such a diversion of uranium would — almost certainly — have prompted the tightening of sanctions or the use of military force to destroy elements of Iran’s nuclear fuel cycle. War on the Rocks >>

Congress has 60 days to scrutinize the accord between Iran and the United States, Britain, France, China, Russia and Germany, and then to vote to accept or reject it — or to do nothing. The president can veto any resolution of disapproval. Congress needs a two-thirds majority in each house to override the veto, so to put the deal into force, Mr. Obama only needs one-third of one of the houses to stand with him. NY Times >>

NFPA and The Fire Protection Research Foundation Foundation are developing new methods to make it easier to analyze the National Fire Incident Reporting System (NFIRS) data from the U.S. Fire Administration and, with other organizations, to envision the next version of NFIRS. NFPA Today >>

The lack of official responses from Saudi Arabia and its Gulf allies reflected huge nervousness about a deal set to end the pariah status of Iran, already Riyadh’s main rival for influence across the Middle East, and unchain its economy from crippling sanctions. Reuters >>

Kosovo security and health authorities have cut off water supplies to tens of thousands of residents in Pristina, Kosovo’s capital, following a suspicion that ISIS followers had poisoned the city’s water supplies. The city’s water board said supply was cut early on Saturday “because of security issues” and that supplies had been tested for suspicious substances. HSNW >>

Ernest Lawrence was deeply involved with the Manhattan Project and got along famously with its head, Gen. Leslie Groves. He rescued the bomb project from cancellation and helped install Oppenheimer as leader of the Los Alamos laboratory, promising to take over if Oppenheimer failed. Lawrence’s devices separated the uranium used in the Hiroshima bomb, and produced the first samples of the plutonium used in the Nagasaki bomb. NY Times >>

Until now, aerosolized delivery has never before been tested for an Ebola vaccine or any other viral hemorrhagic fever vaccine. Previous studies with primates suggest that aerosols of most biothreat agents, which are particles dispersed in the air, are infectious. Recent studies show that contact with the Ebola virus through the mucus membranes that line the respiratory tract results in infection, suggesting that airway linings may be important portals of entry for the virus. Global Biodefense >>

With safety concerns surrounding increased rail traffic and Bakken crude oil, state and city officials are looking at Grand Forks for a possible new emergency response training center — the second of its kind in the U.S. Emergency Management >>

Lithuanian state enterprise Ignalina Nuclear Power Plant has applied to the country’s regulator, Vatesi, for a licence to construct and operate a surface storage facility for low- and intermediate-level short-lived waste, known as the B25 project. The company is managing the decommissioning of the plant, which was named after the nearby city of Ignalina in the municipality of Visaginas. World Nuclear News >>

Opinion: Regional Implications of a Nuclear Agreement with Iran

The terms of such a deal are of less importance to America’s national interests than how the nations of the Middle East respond to it. Since the election of Hassan Rouhani as President of Iran, Iran’s Supreme Leader, Ayatollah ‘Ali Khamene’i, may have concluded that he did not need an actual nuclear arsenal because he calculated that there was little likelihood of either an American or Israeli attack. Brookings >>

DuPont Is Slapped With New Penalties Over Texas Plant Tragedy

The U.S. Occupational Safety & Health Administration (OSHA) on Thursday hit DuPont with a 273K proposed penalty for safety violations at its facility in La Porte, Texas. That’s on top of fines OSHA proposed in May that stem from an accident last November, in which a leak of methyl mercaptan killed four workers. Chemical & Engineering News >>

The Finnish Navy has displayed a new class of multi-purpose landing ship with counter-measures against chemical, biological, radiological and nuclear agents. The U-700 class of ship, also known as the Jehu, has a large transport capacity and effective countermeasure systems, can be used for troop transports, medical and evacuation tasks, landing, sea surveillance and escorting tasks, and for battle and battle support missions. UPI >> 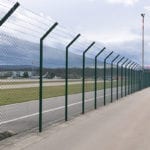 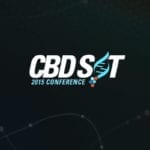