Worker Dies in Explosion While Mixing Chemicals in Texas

Investigators say a water treatment company worker has died in a fiery explosion while mixing chemicals at a West Texas oil and gas services facility. Midland County Fire Marshal Dale Little said Tuesday that the cause of the explosion remains under investigation. Little says authorities are looking at whether a chemical reaction or a spark cause Monday’s accident near Midland. Chem.info >>

A US suspect has pleaded not guilty to mailing cyanide to a suicidal Briton as part of an alleged bid to prevent a moneymaking scheme being exposed. Federal investigators say Sidney Kilmartin, from Maine, advertised and mailed a substance he claimed was cyanide to several suicidal people. The substance was actually Epsom salt, a common magnesium sulphate treatment used in everything from bath salts to health products to agricultural fertilizer. The Guardian >>

Shortly after North Korea claimed it had tested a hydrogen bomb — a weapon potentially hundreds of times more powerful than the fission bombs the country had already set off — seismologists at the United States Geological Survey, or USGS, went to work trying to understand the event. Their early findings suggest that a nuclear bomb test did occur but that it wasn’t a hydrogen bomb. So how do you tell the difference? Defense One >>

What Does the Tehran-Riyadh Split Mean for the Iranian Nuclear Deal?

In a region already afflicted by multiple armed conflicts, a new source of tension erupted in the first week of the year that could upset global nuclear stability. On January 2, Saudi Arabia announced it had executed Sheikh Nimr al-Nimr, a top Shia cleric who had spent more than a decade in Iran, along with 46 other people convicted of terrorism. That evening, protesters attacked and trashed the Saudi embassy in Tehran. Bulletin of the Atomic Scientists >>

Despite a momentous speech embracing nuclear disarmament in Prague in April 2009, President Barack Obama has stunned critics by embarking on an aggressive effort to upgrade the military’s nuclear weapons program, including requests to buy 12 new missile submarines, up to 100 new bombers, and 400 land-based missiles, along with upgraded storage and development sites. The Intercept >>

The risks of a nuclear catastrophe – in a regional war, terrorist attack, by accident or miscalculation – is greater than it was during the cold war and rising, a former US defense secretary has said. William Perry, who served at the Pentagon from 1994 to 1997, made his comments a few hours before North Korea’s nuclear test on Wednesday, and listed Pyongyang’s aggressive atomic weapons program as one of the global risk factors. The Guardian >>

Our choices are simple: stand around watching this slow motion global nuclear car wreck happen. Or stop acting like passive observers and take actions to prevent it. Since the world has, to date, failed to halt the North Korean nuclear weapons and ballistic missile programs and has set up an agreement that codifies a schedule for Iran becoming a nuclear power, there seems little that can be done to stop the impending wreck. What can be done is to mitigate its consequences? Lexington Institute >>

The Pentagon wants to bring one of the most important systems for sharing and delivering intelligence throughout the U.S. armed forces chain of command fully into the 21st century. The effort signals a major shift in technological thinking for the Pentagon, which for decades spent heavily on proprietary systems for specific programs and massive projects built over years. NextGov >>

Anyone who forgets their luggage in public places, airports or train stations will spark off a large-scale police operation. Time and again, suitcases, bags or backpacks left lying around unsupervised cause a bomb alert. Admittedly, most abandoned luggage items turn out to be harmless. HSNW >>

North Korea has conducted its fourth nuclear test, the country’s state media has announced, in a move that could take it a step closer to developing nuclear warheads capable of striking the US mainland. Some experts, though, said initial evidence was pointing towards a test involving a uranium or plutonium device and not, as Pyongyang has claimed, a far more powerful hydrogen bomb. The Guardian >>

“During my first visit to North Korea in January 2004, North Korean officials were eager to show my Stanford University colleagues and me the plutonium bomb fuel they produced following a diplomatic breakdown with the George W. Bush administration. Four years ago, during my seventh visit to the country and two years into the Obama administration, they surprised us with a tour through an ultra-modern centrifuge facility, demonstrating that they were capable of producing highly enriched uranium, the alternate route to the bomb.” Bulletin of the Atomic Scientists >>

What Should the World Do About North Korea’s Latest Nuclear Weapons Test?

Based on the size of the seismic waves detected at various monitoring stations near North Korea, Pyongyang’s claim to have successfully tested a thermonuclear device is not credible. It is more plausible that the test might have been a “boosted” fission weapon, though this remains to be proven, as well. Brookings >>

The White House reacted to North Korean claims of a hydrogen bomb detonation Wednesday by casting doubt, while Republicans in Congress urged a tough response. White House Press Secretary Josh Earnest said the initial analysis was “not consistent” with the regime’s claims, but called the nuclear test a “provocative and a flagrant violation of United Nations Security Council resolutions.” Defense News >>

Because the CTBT is not perfect, it needs to be strengthened. All it takes is a single state to carry out testing to send shock waves regionally, while weakening the nuclear taboo and the Non-proliferation Treaty. This test, North Korea’s fourth, calls for actions that buttress the CTBT, the nuclear taboo, and the NPT. One symbolic, practical and positive step that can be taken is to make the Treaty’s IMS and its implementing bodies permanent rather than “provisional” and “preparatory.” Arms Control Wonk >>

Nuclear tests raise international tensions and stoke the fire for costly arms races. The North Korean regime is an example no one should follow of testing nuclear devices while citizens go hungry. NY Times >>

How We Can Fight Terrorism Better in 2016

All these attacks, some dubbed terrorist attacks, some not, have been ratcheting up the anxiety of Americans and the rest of the planet, especially in the wake of obsessive cable coverage. And we’re already overreacting, as when Los Angeles shut down its public schools in response to a dubious bomb threat, or when Rochester, New York, canceled its New Year’s Eve celebrations after the FBI arrested a mentally ill panhandler on terrorism charges. VICE >> 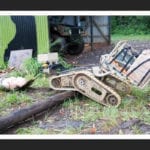 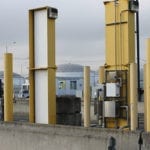