There’s a sweeping transition happening at the highest level of American military leadership, and two of the new kids on the block – the nominees for chairman and vice chairman of the Joint Chiefs of Staff — are already shaking things up. Vice >>

The Islamic State appears to have manufactured rudimentary chemical warfare shells and attacked Kurdish positions in Iraq and Syria with them as many as three times in recent weeks, according to field investigators, Kurdish officials and a Western ordnance disposal technician who examined the incidents and recovered one of the shells. NY Times >>

Wake Me Up When September Ends: America’s Defense Budget Blues

One of the most damaging aspects of the congressional dysfunction of the past seven years has been the inability of Congress to pass appropriations bills in a timely manner. War on the Rocks >>

Thursday marks the 70th anniversary of the test that took place as part of the Manhattan Project, the secretive World War II program that provided enriched uranium for the atomic bomb. While the state holds commemorative events, Tularosa residents press for acknowledgement and compensation from the U.S. government. Star Tribune >>

The National Institute of Allergy and Infectious Diseases (NIAID) has released a new Broad Agency Announcement (BAA) to support development of therapeutic products for use in post-event settings following the intentional release or natural outbreak of high priority biological threats. Global Biodefense >>

The organization behind a national effort to build an interoperable broadband communications network for police, firefighters, paramedics and other first responders is also looking to develop mobile systems that would provide temporary coverage for emergency personnel when they’re outside the network. Fierce Mobile Government >>

Within the country, no single group can muster enough territory or popularity to win an increasingly fragmented war — or even to negotiate and enforce an eventual peace. From outside, regional and global powers tug at the country in a proxy fight for their own interests, but none of them have the influence or, apparently, the will to reunite Syria. NY Times >>

Iran is Hardly on the March

The reality is that Iran is fighting to maintain a diminishing sphere of influence. And Washington mischaracterizes Iran’s actual position in the Middle East. Yes, Tehran covets a role as regional hegemon with power reaching beyond Shiite-controlled areas to become the hub of an anti-Israel axis that includes Sunni territories. But Iran is unable to move this strategy forward. Defense One >>

When President Obama called Prime Minister Benjamin Netanyahu on Tuesday to discuss the nuclear deal with Iran, the American president offered the Israeli leader, who had just deemed the agreement a “historic mistake,” a consolation prize: a fattening of the already generous military aid package the United States gives Israel. NY Times >>

The Start of the Nuclear Age

Seventy years ago today on July 16, 1945, scientists saw “the end of the world”—how one of those scientists’ descendants described to me the first ever-nuclear blast. Code-named Trinity, the blast occurred in a remote part of the New Mexico desert outside of Los Alamos National Laboratory. Bulletin of the Atomic Scientists >>

After 2 years of negotiations, Iran today agreed to dismantle large pieces of its nuclear program in exchange for lifting crippling economic sanctions. The agreement, signed today in Vienna, paves the way for a rapid expansion of scientific cooperation with Iran in areas as diverse as fusion, astrophysics, and cancer therapy using radioisotopes. Science Insider >>

An Australian government report highlights the consequences of climate change, extreme weather events, and environmental pressures as a significant security risk for Australia – second only to the risks posed by terrorism. HSNW >>

How the Military is Utilizing Online, Interactive Training

With battlefield visualization technology, users can put on a special pair of goggles and look at a 3D map of a particular field, while at the same time being able to track mileage and enemy movements. Multiple users, if wearing the same pair of goggles, can “plug” into the same battlefield. Government Security News >>

Iran Ain’t Gonna Sneak Out Under This Deal

Where verification is concerned, the details do matter and we really should be debating the finer points of the Iran deal’s verification provisions. In assessing whether these arrangements are “good enough,” the best place to start is with the following question: If Iran decides to cheat, how would it go about doing so? Carnegie Endowment >> 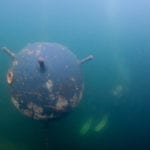