Topics in this issue include Ebola and the need for stronger health security preparedness, Pakistan’s nuclear posture, and PPE for infectious diseases.

A new report by the Carnegie Endowment for International Peace and the Stimson Center asserts that Pakistan may be building 20 nuclear warheads annually and could have the world’s third-largest nuclear stockpile within a decade. Washington Post >>

A Canadian Nuclear Safety Commission (CNSC) study has concluded that there would be no detectable increase in cancer risk for most of the population from radiation released in a hypothetical severe nuclear accident. World Nuclear News >>

Centuries before humankind ever conceived and accepted the germ theory of disease, biological warfare was waged in ancient battlefields, and natural pandemics created swaths of death across continents. CBRNe Portal >>

At this juncture, Pakistan’s military leadership in Rawalpindi can choose to accept success in achieving a “strategic” deterrent against India — a nuclear force posture sufficient to prevent limited nuclear exchanges and a major conventional war. Alternatively, it can choose to continue to compete with India in the pursuit of “full spectrum” deterrence, which would entail open-ended nuclear requirements against targets both near and far from Pakistan. Carnegie Endowment >>

The Word on Resilience

In the emergency preparedness realm, there’s been significant uptick in the term, its utilization and even its inclusion in grant guidance. So what is resilience and how did it come to be the word that is shaping our efforts? Emergency Management >>

Rep. Bill Foster (D-Ill.) holds a doctorate in physics from Harvard University and spent 22 years working at the Fermi National Accelerator Laboratory in Illinois, during which time he helped to discover the world’s heaviest elementary particle: the top quark With the Iranian nuclear agreement deal now before Congress, Foster still has a few lingering questions. The Hill >>

How Plutonium Undermines the Hibakusha

“I can’t help wondering if the world’s failure to heed the Hibakusha’s message may be attributable at least in part to Japan’s vast, growing stockpile of plutonium. I wonder if possession of so much fissile material dilutes the disarmament message that Japan—as the only nation to have suffered wartime detonations of nuclear weapons—is uniquely qualified to deliver.” Bulletin of the Atomic Scientists >>

Voters in three crucial battleground states – Florida, Ohio and Pennsylvania – overwhelmingly oppose the Obama administration-backed international nuclear deal with Iran, according to a recent opinion poll by Quinnipiac University. The candidates vying for their respective party’s nomination for the 2016 presidential race are taking notice and staking out their own positions. Voice of America >>

A nearly completed government facility intended to treat the radioactive byproducts of nuclear weapons production is riddled with design flaws that could put the entire operation at risk of failure, according to a leaked internal report. Washington Post >>

The latest PPE guidance for healthcare workers and facilities that provide care to a patient with confirmed Ebola or persons under investigation for Ebola who is clinically unstable or has bleeding, vomiting, or diarrhea by describing protocols for using PPE. CDC >>

Fukushima Today: A First-Person Account from the Field and the Conference Table

It has been more than four years since the east coast of Japan was hit with a trifecta: an earthquake of Magnitude 9 on the Richter scale, followed by a massive tsunami triggered by the quake’s tremors, and then the meltdown of three nuclear reactors in the Fukushima Daiichi nuclear generating complex. Bulletin of the Atomic Scientists >>

A group of nearly 200 retired generals and admirals sent a letter to Congress on Wednesday urging lawmakers to reject the Iran nuclear agreement, which they say threatens national security.The letter is the latest in a blizzard of missives petitioning Congress either to support or oppose the agreement with Iran. Washington Post >>

Full production has resumed at Honeywell’s Metropolis uranium conversion plant in Illinois after a uranium hexafluoride (UF6) leak earlier this month. The leak was caused by over-pressurization of a system that was undergoing maintenance at the time. World Nuclear News >>

Getting 196 countries to report disease outbreaks to the World Health Organization will take more than just the legal text of the 2005 International Health Regulations, a global health expert charged with assessing how the rules fared during the Ebola pandemic says. Politico >> 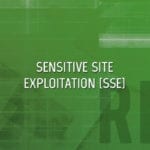 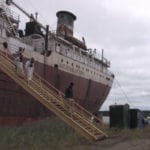