When firefighters rush into a burning building, it is imperative that they and their operations team know their precise locations at all times. Even with global positioning systems (GPS) and other tracking technologies, environmental conditions, obstructions and interference from the building materials can severely limit pinpointing them. Domestic Preparedness >>

What Energy Dept. Scientists Can Learn from Movies of Cold War-Era Bomb Tests

On July 16, 1945, the United States tested the first atomic bomb. Since then, hundreds of atomic bombs have been detonated in the atmosphere and recorded on high-speed cameras for analysis. Those thousands of film reels are now in dire need of preservation. Many have already turned to dust. Nextgov >>

Iran has removed the sensitive core of its Arak nuclear reactor and U.N. inspectors will visit the site on Thursday to verify the move crucial to the implementation of Tehran’s atomic agreement with major powers, state television said on Thursday. Reuters >>

Alexander Litvinenko: The Man Who Solved His Own Murder

The Soviet Union had a long tradition of bumping off its enemies. They included Leon Trotsky (ice-pick in the head), Ukrainian nationalists (poisons, exploding cakes) and the Bulgarian dissident Georgi Markov (ricin pellet fired from an umbrella, on London’s Waterloo Bridge). The Guardian >>

Like their better known auditor counterparts in the financial world, the staff at the IAEA’s safeguards laboratories verify data through spot checks and analysis. But rather than sifting through invoices and receipts, they analyze the uranium and plutonium content of nuclear material samples. IAEA >>

Some worry that the American right, which loathes the deal, could try to scupper it. But for all the inevitable sniping from Republican presidential candidates, some hostile legislators, and conservative think tanks, its survival doesn’t depend on Washington, where the Obama Administration has managed to embed the agreement as a political reality. Instead, any serious challenge will come from Tehran. The Conversation >>

Obama Is About to Launch a New Nuclear Arms Race. There’s a Better Way

The United States is on the cusp of launching an unnecessary, expensive, and potentially dangerous plan to modernize its strategic nuclear forces, helping stimulate what is being called a “new nuclear arms race.” Before Washington starts down this path, it needs to step back and ask, “How much is enough?” or, as the Cold War adage went, “How high do we need to make the rubble bounce? Defense One >>

A Turning Point in the Iran File: Implementation Day

Late Saturday evening, the IAEA’s Director General Yukiya Amano issued a report to the UN Security Council and the IAEA’s Board of Governors that, with immediate effect, results in the termination of sanctions under all previous resolutions adopted by the Security Council on Iran’s nuclear program. Center for Nonproliferation Studies >>

Asked by NBC’s Andrea Mitchell if Obama should “have stuck to his red line once he drew it,” the former secretary of state did a verbal tap dance, saying that the situation worked out for the best since Syrian President Bashar Assad ended up relinquishing his chemical weapons stockpile. Politico >>

At a time of escalating threats and as world leaders prepare to gather for the final Nuclear Security Summit, the third edition of the Nuclear Threat Initiative (NTI) Nuclear Security Index finds that progress on reducing the threat of catastrophic nuclear terrorism has slowed and major gaps remain in the global nuclear security system. Government Security News >>

Inspectors need tools to help find nuclear materials hidden behind thick shielding or smuggled inside any of the 100 million-plus cargo containers shipped around the world each year. Uranium is perhaps the easiest nuclear material to obtain and hide. Physicists have demonstrated that their unconventional laser-based X-ray machine could provide a new defense against nuclear terrorism. HSNW >> 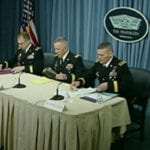 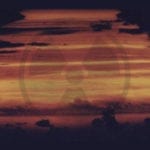