Topics in this issue include nuclear plant fire protection; your next fitbit detecting nuclear bombs; and port-of-entry security standards.

Having resolved a budget impasse over defense spending, the Senate passed the $607 billion annual defense authorization bill 91-3 on Tuesday. It soon heads to President Obama’s desk, where he’s expected to sign it despite earlier veto threats, including over restrictions on his ability to close the military prison at Guantanamo Bay, Cuba. Defense One >>

“Have you ever seen a nuclear missile being transported in a convoy Several helicopters in the air and federal marshals leading the way. The crazy thing is that the fed pulled over and was yelling and waving his hands that I can’t record this video! And then a truck rear ended the nuke!” DefenseTech.org >>

President Obama and Prime Minister Benjamin Netanyahu of Israel sought on Monday to move beyond their bitter rupture over the Iran nuclear deal, turning the page on a season of poisonous relations during a White House meeting that focused on collaboration over acrimony. NY Times >>

The emergence of North Korea’s nuclear deterrent has been a grievous blow to international nonproliferation efforts and poses serious national security challenges for the United States and its Northeast Asian allies. It is by no means clear, however, that the precedent North Korea has set will significantly erode the nonproliferation regime or stimulate proliferation elsewhere. Center for Nonproliferation Studies >>

Imagine crawling on your belly with a 14-inch aluminum or fiberglass rod in your hand, gently prodding through sand. Clank. Your rod has hit something, and it may just be a land mine. Logan Black was a combat engineer and when he first joined the military he spent a good portion of time crawling through sand on his belly looking for land mines. The Daily Mail >>

The Psychology of Nuclear Survival

With “The Psychology of Nuclear Restraint,” Jacques Hymans makes a strong contribution to understanding the meaning of nuclear weapons. But if human beings want to keep considering the meaning of anything, we have to change the status quo and construct mechanisms that reliably and permanently prevent the threat of nuclear annihilation. Bulletin of the Atomic Scientists >>

In December 1988, Jörg Winger was a West German Army radio operator eavesdropping on Soviet military channels when he overheard a startling message: The Russians wished him Merry Christmas by name. “That was the moment where we realized that we had moles on the base,” he recalled. NY Times >>

Uranium Mining Ban Focus of US Court Hearing in Virginia

A mining company’s quest to tap a rich deposit of uranium in Southside Virginia is headed to a federal courtroom. Virginia Uranium Inc. and attorneys representing the state are scheduled to offer their arguments on the issue Friday in Danville. Virginia Uranium is seeking a summary judgment, while the state wants the case tossed. Chem.info >>

The Fourth Meeting of the U.S.-Japan Bilateral Commission on Civil Nuclear Cooperation

The fourth meeting of the U.S.-Japan Bilateral Commission on Civil Nuclear Cooperation (the Bilateral Commission) was held on November 4, 2015, in Washington, D.C., with U.S. Deputy Secretary of Energy Elizabeth Sherwood-Randall and Japan’s Deputy Minister for Foreign Affairs Shinsuke Sugiyama leading the discussions as Co-Chairs. Energy.gov >>

With as many as 120 warheads, Pakistan could in a decade become the world’s third-ranked nuclear power, behind the United States and Russia, but ahead of China, France and Britain. Its arsenal is growing faster than any other country’s, and it has become even more lethal in recent years with the addition of small tactical nuclear weapons that can hit India and longer-range nuclear missiles that can reach farther. NY Times >>

In today’s budget environment, CBP has experienced staffing shortages and other resource constraints despite the increasing demands on the agency as the volume of traffic continues to grow. Air passenger rates have grown at a rate of 4 to 5 percent a year and there has been a 24 percent increase in cargo containers since the Great Recession. Homeland Security Today >>

The $8 billion upgrade to the US B61 nuclear bomb has been widely condemned as an awful lot of money to spend on an obsolete weapon. As an old fashioned ‘dumb’ bomb it has no role in US or NATO nuclear doctrine, but the upgrade has gone ahead anyway, in large part as a result of lobbying by the nuclear weapons laboratories. The Guardian >>

Women Cops Being Trained in Disposing IEDs to Combat Naxals

In a bid to ensure significant participation of women police personnel in anti-Maoist operations in the future, they are being imparted cutting-edge training in disposing IEDs along with jungle warfare tactics in insurgency-riddled Chhattisgarh. The Economic Times >>

Mustard Gas in Syria: What Happened to the Ban on Chemical Weapons?

At least two people were exposed to mustard gas in Syria in August and one of the two, an infant, died. Evidence of chemical weapons was found in Marea, a northern town in Syria, where Islamic State insurgents were fighting another rebel group, according to a confidential report by the OPCW. Christian Science Monitor >>

Your Next Fitbit Should Detect Nuclear Bombs, DHS Hopes

The Department of Homeland Security is developing portable devices that can detect nuclear threats, as part of a broader federal effort to invest in wearable technology.  The Department has been gathering information about that technology for more than a year. In September, DHS awarded a $24 million contract for the devices to a division of FLIR Systems, an Oregon-based technology design and manufacturing firm. Defense One >>

President Obama and Prime Minister Benjamin Netanyahu of Israel sought on Monday to move beyond their bitter rupture over the Iran nuclear deal, turning the page on a season of poisonous relations during a White House meeting that focused on collaboration over acrimony. NY Times >>

The Cooperative Threat Reduction Process in the Former Soviet Union

Security guards at the Hanford Nuclear Reservation are working under a two-week contract extension as they seek to negotiate a new collective bargaining agreement. Pacheco says guards should get the 2 percent annual wage increases negotiated for other union workers at the former nuclear weapons production site. Seattle Times >>

IntelliNet Sensors, Inc., a developer of multi-sensor breathing detectors, announced the launch of its Lynx6-A™ robot, a breathing and heartbeat detection sensor with remote connectivity capabilities. The ultra-light advanced sensor embedded within the robot is designed to detect the existence of live persons trapped under the rubble of a collapsed building, while its integrated micro HD video camera enables the guidance and landing of any small unmanned aerial vehicle (UAV) as a carrier. Government Security News >>

Scott Safety’s new modular respiratory protection range will include the Modular Lightweight Load-carrying SCBA (MOLLE-SCBA), the Tactical ProPak and Tactical ACS. The MOLLE-SCBA represents a major advancement in its field and is set to become the standard carrier for SCBA in the military. CBRNe World >>

The Blue Ribbon Study Panel on Biodefense report starts with the usual dramatic statements about how “the threat is real” followed by a fictitious scenario of how terrorists released Nipah virus — an exotic virus that affects pigs and pig farmers in Southeast Asia — through aerosol generators (although the virus isn’t communicated through the air) placed in Washington, DC. Nipah virus isn’t on anyone’s threat list (outside of these pig farmers), and this sort of literary license is hardly warranted. War on the Rocks >>

The Chemical Gloves Controversy – A Manifesto

Little did I know that in Britain, at least (but I suspect that might extend further in the EU), there is a ‘controversy’ over requirements to routinely wear lab gloves in the laboratory. I had never heard of a controversy about this very common personal protective equipment, so the conversation was a bit eye opening for me. Chemical Facility Security News >>

Role-Playing the Next Big Disaster

It’s late evening. A policeman with a rattling chest cough interrogates a woman trying to enter the Q train on Canal Street in Manhattan. She’s running late; her babysitter needs to get home. But she’s stopped at a pop-up checkpoint near the entrance. The policeman instructs her to stick out her tongue. He takes her temperature and examines her mouth for sores. She’s good to go. CityLab >>

The U.S. Navy Will Need a Larger Submarine Force

The Navy and the current submarine industrial base will be challenged to support both the two-a-year production rate for the Virginia-class SSNs and produce the 12 nuclear ballistic missile submarines to replace the current Ohio class. These two programs need to be properly sequenced in order to make best use of facilities and skilled manpower. Even if more shipbuilding money becomes available for naval construction, adding additional SSNs to the 30-year plan will not be easy. Lexington Institute >>

The NRC recently marked a milestone with the transition of the Browns Ferry nuclear power plant to the National Fire Protection Association’s Standard 805 (NFPA 805). The license amendment, issued October 28, is significant because it marks 23 reactors at 15 plants to have completed the transition since 2010. It is symbolically important because a fire at Browns Ferry in March of 1975 prompted the NRC and the industry to focus on fire safety at nuclear power plants. Nuclear Regulatory Commission >> 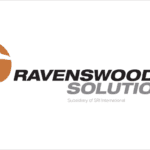 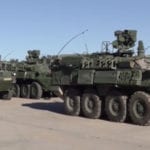