The reason for this was the image chosen to illustrate the worrying claim. It wasn’t a photo taken by a drone camera flying over a Syrian battlefield or grainy satellite imagery. In fact, as many gamers quickly spotted, the view of three army trucks on a sandy terrain was actually taken from a video game called Command & Conquer: Generals. Intelligence training isn’t required to locate the original image. BBC News >>

Most of the machines developed to help navies hunt the stealthy underwater predators called mines require a big crew and a ship or helicopter, which is why the U.S. military is excited about a two-person underwater robot that weighs less than 200 pounds. Defense One >>

The funding will support preclinical studies and manufacturing in accordance with current good manufacturing practices (cGMPs). The overall objectives of the contract are to advance the development of Soligenix’s thermostabilization technology, ThermoVax®, combined with the company’s ricin toxin vaccine, RiVax™, as a medical countermeasure to prevent the effects of ricin exposure. Global Biodefense >>

“This week is National Emergency Medical Services (EMS) Week, and those of us in the Department of Homeland Security are proud to recognize the EMS responders across the country who serve on the front lines of emergency healthcare. These men and women have chosen to answer the call of a career that demands passion, purpose, and heart. Each plays a critical role in our nation’s health security.” DHS >>

Recent commercial satellite imagery from May 8 of the Sinpo South Shipyard supports previous reports that North Korea is continuing to actively pursue development of both a ballistic missile submarine and submarine-launched ballistic missiles (SLBM). Camouflage netting, intended to conceal ongoing activity and first seen in January 2016, is again present on the deck of the submarine. 38 North >>

Japanese laboratories working for the country’s government, and tested by the IAEA, have produced reliable data on the level of radionuclides in seawater, sediment and fish samples collected near Fukushima, according to a report released last month. The IAEA collected the samples from the sea near Fukushima multiple times in 2014 and 2015, and has analyzed them independently in its own laboratories in Monaco. IAEA >>

President of Croatian Peasants’ Party (HSS) Krešimir Beljak and Croatian Member of European Parliament Marijana Petir asked on Monday Croatian Prime Minister Tihomir Orešković and the government not to build a nuclear waste storage facility in Croatia, adding that the nuclear waste problem should be solved in dialogue with Slovenia. Total Croatia News >>

Faith leaders and law enforcement organizations are uniting in an effort to create a network of support for first responders. “Our desire is not to be an officer but serve the community to provide expertise and stand alongside,” Rev. Jon Droege, pastor of Aberdeen Christian Fellowship, helped spearhead the effort to create a chaplain program that will work along with law enforcement departments that dispatch personnel to attend to disasters, crises and other high-stress scenarios. Emergency Management >>

The $2.9 billion contract to manage Sandia National Laboratories is up for grabs for the first time in two decades. The National Nuclear Security Administration is expected this month to issue a final request for proposals to run one of the nation’s premier federal laboratories. Washington Times >>

On 11 and 13 May, India completed 18 years as a nuclear-armed state. A couple of weeks from now Pakistan will do so too. And yet despite sharing the same age as overt nuclear weapons states, the two countries are far apart in their understanding of nuclear issues and behaviors. Eurasia Review >>

Most of the machines developed to help navies hunt the stealthy underwater predators called mines require a big crew and a ship or helicopter, which is why the U.S. military is excited about a two-person underwater robot that weighs less than 200 pounds. The Saab Waterborne Anti-IED Security Platform, or SEA WASP, is a small remote-operated drone outfitted with an electric arm, sonar, and radar to collect information on where it is and what’s around it. Defense One >>

Getting rid of chemical weapons is one of the military’s most unpleasant duties. But in the future, it may be no more difficult than incinerating garbage, thanks to a team of DARPA-funded scientists who think they can turn some of the world’s deadliest poisons into harmless dirt. Gizmodo >>

Opinion: Shore Up US Nuclear Program

“As members of the Senate Armed Services and Appropriations committees, we know firsthand the attention that must be given to ensure programs stay on a timeline. If we fail to hold those in the Pentagon accountable for missing Milestone A, we will only be encouraging the downfall of America’s most important program, on which we have silently depended since the end of Word War II. In short, it will be unilateral disarmament.” Defense News >>

Facing a growing backlash over extremely long airport security lines, Homeland Security secretary Jeh Johnson on Friday asked fliers “to be patient” as the government takes steps to get them onto planes more quickly. In the past three years, the TSA and Congress cut the number of front-line screeners by 4,622 – or about 10% – on expectations that an expedited screening program called PreCheck would speed up the lines. However, not enough people enrolled for TSA to realize the anticipated efficiencies. The Guardian >>

The Fee for NSG Membership

China’s announcement that it intends to oppose India’s membership of the Nuclear Suppliers Group unless it agrees to sign the Non-Proliferation Treaty (NPT) comes just a month ahead of the NSG’s annual plenary session. For the past year, India had made admission to the 48-member NSG a focus of its international outreach, though membership has been a goal since the India-U.S. civil nuclear agreement was signed in 2008. The Hindu >>

The military has turned to a directed energy frequency jammer mounted on an assault rifle-type frame to deal with the growing threat of small drones to military bases and troops in the field. Officials of Battelle, the non-profit research and development organization based in Columbus, Ohio, said Monday the Defense Department and the Department of Homeland Security had signed off on buying 100 of its “DroneDefender,” billed as the “safe” solution to warding off intruding unmanned aerial vehicles. Defense Tech >>

Obama’s visit later this month already is stirring debate on both sides of the Pacific about the motivations and justifications for the nuclear attacks in Hiroshima and Nagasaki. Anything he says will be sharply scrutinized in the U.S., Japan and beyond. Anything resembling an apology could become a wedge issue in the U.S. presidential campaign and plunge Obama into the complicated politics of victimhood among Japan and its Asian neighbors. U.S. News >>

The Dangers of Houston’s Chemical Corridors — By the Numbers

The Houston-area chemicals industry has been going through a boom in recent years, thanks to low natural gas prices. Last year, the American Chemistry Council counted at least 99 projects underway in the Lone Star State, including new plants and expansions in Houston, Beaumont and more. And for those who work at chemical facilities or live nearby, the threat of a dangerous incident is ever present. Chem.info >>

A suicide bombing in Yemen that apparently sought to target police recruits at a security compound has killed 25 people. The attack, which Islamic State has claimed responsibility for, happened on Sunday in the coastal city of Mukalla. Local medical and security sources told Reuters 25 people were killed and hospitals in the city were treating at least 25 more people who were wounded. The Guardian >> 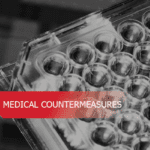