Topics in this issue include the National Disaster Response Force, forensic tracing of illegal nuclear materials to source, and nuclear forces in the Baltics.

North Korea informed that International Maritime Organization that it would launch an earth observation satellite between 7:00-12:00 (Pyongyang time) during the date range of February 8-25, 2016. North Korea also included estimated splash down zones for the first and second stage of the rocket. Center for Nonproliferation Studies >>

A former environmental consultant at a chemical distributor was sentenced to three years’ probation and fined $10,000 Monday for a 2014 chemical spill that fouled the drinking water supply of 300,000 West Virginians. Robert Reynolds was the first of six ex-Freedom Industries officials to be sentenced on pollution charges in federal court in Charleston. Chem.info >>

The central nuclear observation of the report is that NATO nuclear forces do not have much credibility in protecting the Baltic States against a Russian attack. That conclusion is, to say the least, interesting given the extent to which some analysts and former/current officials have been arguing that NATO/US need to have more/better limited regional nuclear options to counter Russia in Europe. Federation of Atomic Scientists >>

Explosion on Flight from Somalia Was Caused by Bomb, Sources Say

An explosion that forced an Airbus A321 to return to the Somali capital for an emergency landing this week was probably caused by a bomb, US government sources have said. One man was killed in the blast on Tuesday on the Daallo Airlines plane. Officials north of Mogadishu said the body of a man believed to have been sucked through a hole in the fuselage made by the blast had been found in the area. The Guardian >>

Researchers have developed a new method in nuclear forensics research to determine the reactor origins of weapons-grade plutonium. This methodology gives investigators and other government entities the ability to track the production source of black market nuclear materials, specifically plutonium. Phys.org >>

Washington-based private equity firm Arlington Capital Partners has agreed to purchase the defense and security business segment of robotics technology maker iRobot for up to $45 million as the latter company continues on its realignment toward the consumer market. GovConWire >>

Several Fort Hood units are slated to become part of a nationwide response force to hurricanes, biological disasters or other natural or man-made catastrophes beginning in June. A Fort Hood engineering brigade, medical brigade and aviation battalion are slated to replace similar units that currently make up the defense CBRNE response force — a combination of task forces created by the Department of Defense in the wake of national disasters such as Hurricane Katrina in 2005. Killeen Daily Herald >>

Northern Ireland is selling its Cold War-era nuclear bunker, an underground installation with room for 235 beds that could be transformed into a tourist attraction or blast-proof storage facility. Seattle Times >>

A nuclear scientist formerly employed by the federal government admitted Tuesday that he tried to infect the computers of about 80 government employees whom he believed had access to nuclear materials and weapons. Nextgov >>

India Joins the Convention on Supplementary Compensation for Nuclear Damage

India today deposited its instrument of ratification of the Convention on Supplementary Compensation for Nuclear Damage (CSC), an important multilateral treaty relating to liability and compensation for damage caused by a nuclear incident. IAEA >> 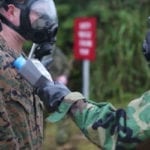 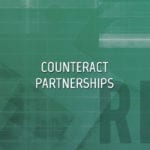