Will Terrorists Really Use WMDs?

The recent Paris terrorist attacks have been a turning point in bringing renewed attention to the issue of chemical, biological and radiological weapons (CBRNs). Bretton-Gordon claims that the Islamic State will inevitably acquire WMDs. But is important to add nuance to the ongoing paranoia about CBRN attacks. Subsequently, there is a need to understand why terrorist groups are unlikely to use unconventional weapons and to also analyze the different challenges they would face. Global Risk Insights >>

The University of Central Florida is looking into ways to neutralize chemical weapon threats. A lab at the school is the testing ground for fire and chemical weapons after UCF received a grant from the U.S. Department of Defense to study how to neutralize the weapons. “We want to know what are these chemical weapon compounds? How do they break apart when you destroy them and what is left over?” Subith Vasu, of the UCF mechanical engineering department, said. WFTV 9 >>

The men stationed in the devastated town of Sinjar in northern Iraq had just finished lunch when they were startled by a swooshing sound from above. Rockets began smashing into the road and tearing up the asphalt, their fins sticking out from the ground like oversized arrow fletchings. But the rockets did not explode as normal, and there was little blast effect. Instead, a strong smell began to emerge from the scorched highway. Middle East Eye >>

Three Minutes to Midnight: Closer to Nuclear Conflict Than We Think

While at Stanford last month, we had a long conversation with former Secretary of Defense William Perry about the nuclear dangers facing the world. We were struck by his provocative and frightening outlook: that the possibility of a nuclear catastrophe today is greater than it was during the Cold War. North Korea’s recent bluster only underlines the dangers. War on the Rocks >>

UNSCR 2270: A Conundrum for Russia

The international community’s relationship with North Korea has reached a bifurcation point that may have far-reaching consequences for the strategic positions of key national players. Specifically, the latest UN sanctions against the DPRK appear likely to substantially harm Russian economic and security interests on the Korean peninsula. 38 North >>

North Korean leader Kim Jong-un has claimed that the country has miniaturized nuclear warheads to be mounted on ballistic missiles, according to state media. Kim has called for his military to be prepared to mount pre-emptive attacks against the United States and South Korea and stand ready to use nuclear weapons, stepping up belligerent rhetoric after coming under new UN and bilateral sanctions. The Guardian >>

Donald Trump is an Idiot Savant on Nuclear Policy

To me, Donald Trump evokes no fictional character better than Greg Stillson, the political demagogue in the Stephen King’s novel Dead Zone. Trump, as the frontrunner for the Republican presidential nomination, is a dead-ringer for Stillson from the film adaptation, from his phony working-class populism to his novelty hat on the campaign trail. Center for Nonproliferation Studies >>

Flashing red, blue and yellow lights are a familiar sight on the highways around Connecticut, but a new campaign shows drivers aren’t giving emergency responders enough room to safely do their jobs. From Feb. 22 to March 4, state troopers issued 479 tickets statewide to drivers accused of violating Connecticut’s “Move Over” law. Emergency Management >>

After protecting firefighters for years, a load of old turnouts has been put back into service thanks to inmates at the Washington State Penitentiary. The turnouts — fire-resistant coats and pants — have been recycled into storage bags for firefighters’ breathing masks, rope bags and even teddy bears by workers at the prison’s Sustainable Practices Lab. EMS World >>

Chernobyl 30 Years On: Former Residents Remember Life in The Ghost City of Pripyat

As one of the many Chernobyl workers who returned to the devastated plant to fight the fires, Zabirchenko is an official “Hero of the Soviet Union”. He bats away the honour with a wave of his hand. “These men were the heroes; every one of them. They died preventing an even bigger disaster. They saved not just Ukraine, Russia or the Soviet Union as it was, but the whole of Europe.” The Guardian >>

A fire at a nuclear power station in South Carolina damaged a power line and partly shut down the facility on Sunday, but caused no threat to the public, the company said. The flames, which sent a plume of black smoke into the air, damaged a power line in the switchyard at the Oconee Nuclear Station, resulting in an equipment fault, according to a statement from Duke Energy, the plant’s operator. The cause of the fire, described as an “unusual event,” was under investigation, it said on Monday. New York Times >>

German media charges that the French nuclear authority and the French company operating the aging Fessenheim nuclear facility in France, concealed the seriousness of the April 2014 incident at the site. The French nuclear authorities withheld information not only from the German government, but also from the IAEA, to which they were required to submit a detailed report about the incident. HSNW >>

Mystery Cancers Are Cropping Up in Children in Aftermath of Fukushima

The March 2011 meltdowns at the Fukushima Daiichi Nuclear Power Plant caused extensive human suffering—evacuations, emotional trauma and premature deaths, disrupted jobs and schooling. What they have not caused, so far, is radiation-related illness among the general public, and few specialists expect dramatic increases in cancers or other ailments. Science >> 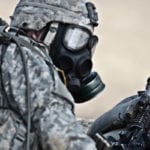 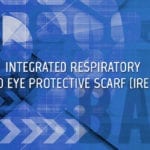