Topics in this issue include condemnation of Syria’s chemical weapons use, Pokémon Go and landmine threats, and calls for a broader definition of Weapons of Mass Destruction.

As Europe braces for the increased threat of terror attacks, a new chemical sensor developed by a European Union consortium could help dramatically improve airport screenings. EU officials last week outlined the potential applications for the mid-IT sensor in commercial air travel. The sensor, researchers said, utilizes new photonics technology and a “fingerprint region” wavelength band to read the frequencies given off when liquids or gases interact with light. Chem.info >>

In today’s climate of austere budgets, federal, state, local, tribal, and private sector training managers need to get the most out of the scarce dollars that are available. A risk-based approach and assessment will help discern who needs what training, the specific levels of that training, and refresher training requirements. Domestic Preparedness >>

Syrians are now being burned to death by napalm. A primitive version of the Vietnam-era incendiary jelly is now routinely packed into the crude barrel bombs Assad’s forces have been dropping on Syria’s civilian neighborhoods at a rate of roughly 220 a week since last October, when Assad’s friends in the Kremlin assured the world that the Syrian regime had stopped using barrel bombs altogether. Ottawa Citizen >>

UN Secretary-General Ban Ki-moon has called on the international community to renew its commitment to eliminate weapons of mass destruction as technological advances make it cheaper and easier for terrorist groups to produce and deliver materials for making the weapons. Indian Express >>

The Los Angeles Times is estimating that an explosion that occurred at a New Mexico nuclear waste dumping facility in 2014 could cost upwards of $2 billion to clean up. Construction began on the Waste Isolation Pilot Plant (WIPP) in New Mexico’s Carlsbad desert in the 1980s (PDF). The site was built to handle transuranic waste from the US’ nuclear weapons program. ARS Technica >>

Syrian government troops were responsible for two toxic gas attacks and Islamic State militants used sulfur mustard gas, a joint investigation by the United Nations and the global chemical weapons watchdog found on Wednesday, according to a confidential report seen by Reuters. Reuters >>

Getting POTUS Into a Disaster Area Is Trickier Than It Seems

Well, presidential responses to natural disasters have always come under scrutiny, especially since that infamous photo of Air Force One carrying President George W. Bush over Katrina-torn New Orleans. But the thing is, planning a presidential trip is always hard. Setting one up—that’s called “advance” in political lingo—during a disaster is almost unfathomably difficult. Wired >>

Vatican Calls for Wider Definition of Weapons of Mass Destruction

The Vatican has called on the international community to expand the definition of a ‘weapon of mass destruction’ to include devastatingly powerful conventional weapons used to perpetrate war crimes and crimes against humanity. “Conventional weapons are becoming less and less ‘conventional’ as technological advances elevate their power to destroy to the level of weapons of mass destruction,” said Archbishop Bernardito Auza. Vatican Radio >>

There are no global treaties to prevent a biological weapons attack, and the world is not adequately prepared to deal with one, U.N. Secretary-General Ban Ki-moon warned Tuesday. Speaking to the Security Council in New York, Ban said that while multilateral agencies are in place to verify nations are not developing chemical and nuclear weapons, no such mechanism exists for biological agents. Voice of America >>

There was a lot of competency built up in the first responder space in the post-9/11 era. However, 15 years post-9/11, many of the professionals who honed their skills in the years after 9/11 have or are soon to retire and with them goes competency that many times is not replaced. For a number of reasons, it seems that the baton of gas detection expertise is not being passed onto the next generation. A lot of wisdom and knowledge is being lost. Domestic Preparedness >>

Syrian military helicopters dropped bombs containing chlorine on civilians in at least two attacks over the past two years, a special joint investigation of the United Nations and an international chemical weapons monitor said on Wednesday in a confidential report. NY Times >>

An international team has concluded that the Assad regime and Islamic State militants carried out chemical attacks in Syria during 2014 and 2015. The team from the UN and the Organization for the Prohibition of Chemical Weapons (OPCW) accused the Syrian government of using chlorine gas in two attacks and Isis fighters of using mustard gas in one. The Guardian >>

The State Department has a message for fans of Pokémon Go in Southeast Asia: Watch where you step. The department’s Political-Military Affairs Bureau this week made a public appeal about land mines to Pokémon Go fans in Cambodia, Laos and Vietnam, which remain pockmarked with the deadly bombs. The Hill >>

The White House is condemning the Syrian government Thursday after having announced that a year-long UN-backed investigation found that both the Assad regime and ISIS had used chemical weapons. “It is now impossible to deny that the Syrian regime has repeatedly used industrial chlorine as a weapon against its own people,” US National Security Council spokesman Ned Price said. CNN >> 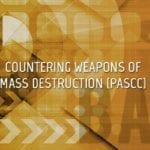 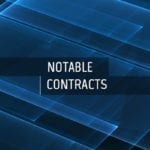