A former officer in Pyongyang’s armed forces says mentally and physically disabled children are used as subjects in chemical weapons experiments in North Korea, a claim denied by the supporters of the communist nation. Deutsche Welle >>

Lingering Impact of British Nuclear Tests in the Australian Outback

It seems remarkable today but less than 60 years ago, Britain was exploding nuclear bombs in the middle of Australia. In the mid-1950s, seven bombs were tested at Maralinga in the south-west Australian outback. The combined force of the weapons doubled that of the bomb dropped on the Japanese city of Hiroshima in World War Two. BBC Australia >>

The U.S. Department of Homeland Security (DHS) Science and Technology Directorate (S&T) has announced intentions to issue a new sole source contract to Omni Array Biotechnology for the continued development of its laboratory-based B. anthracis detection and diagnostic assays. Global Biodefense >>

Astrophysics, Inc. has expanded its US footprint with the announcement that the U.S. Navy has awarded the company a $6 million contract to help protect entry control points deployed at seaports around the world. Astrophysics will supply and deploy ruggedized X-ray inspection systems for dockside screening. The X-ray systems had to be custom-made to meet the unique environment of a warship. HS Today >>

While updating your new 2015 calendars, take note of the National Explosive Ordnance Disposal (EOD) Day observance held on the first Saturday in May. It honors members of the U.S. Armed Forces who have risked their lives in disposing explosives. Time and Date >>

Iran Says No Deal with U.S. to Ship Enriched Uranium to Russia

Iran denied on Saturday that it had reached an agreement with the United States to ship its surplus enriched uranium to Russia under new concessions aimed at clinching a comprehensive nuclear deal with six world powers. Reuters >>

On his last day in the Senate, Oklahoma Republican Tom Coburn issued a critical report on the Homeland Security Department, saying it’s doing a substandard job from border security to counterterrorism to cybersecurity. Fierce Homeland Security >>

Documenting a Sobering Trip to Fukushima

Senior NRC leaders visited the site of the Fukushima nuclear accident and the surrounding area. Now, the agency has published a report that includes essays on what the team members learned. The report helps ensure current and future NRC staff can benefit from the team’s experience in the future. U.S. NRC >>

At the National Biodefense Analysis and Countermeasures Center (NBACC), officials have added more accountability measures, encouraging immediate reporting of possible mishaps in the lab and creating necessary protocols for their role as an FBI collaborator for forensic testing of potential bioterrorism evidence. Frederick News Post >>

Daniel Mould’s sense of abandonment was profound. An Air Force staff sergeant wounded in a chemical weapon accident in 2004, he willingly helped the military study his wounds. As blisters from sulfur-mustard agent erupted on his skin, he signed a waiver allowing doctors to gather his body fluids to experiment with new laboratory methods for confirming chemical exposure. NY Times >>

The drawbacks of today’s chemical weapons disposal tech is that none of the available solutions work on all agents, and the fact, due to their large size and limited transportability, these systems require that the deadly agent be transported. You don’t want to move chemical weapons if you don’t have to. Popular Mechanics >> 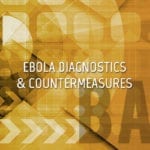 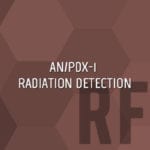