Seven months after Syria exported the last of its known stockpile of chemical weapons ingredients, the first of its 12 production facilities has been destroyed, the Organisation for the Prohibition of Chemical Weapons announced this week. NY Times >>

For Syria’s Chemical Weapons Plants, It’s One Down, 11 to Go

The fighting in Syria’s civil war has gotten worse, a U.S.-led air campaign has intensified, and refugees have continued to stream out of the country, but the agreement to destroy Syria’s stockpiles of chemical weapons has proven to remarkably durable — and surprisingly effective. Foreign Policy >>

Military Ebola Mission in Liberia Coming to an End

The number of troops deployed to the West African country, which reached nearly 3,000 in December, will fall to 1,300 this week and decline through the end of March as soldiers head home. In the five months U.S. troops have served in West Africa building clinics, providing medical training and testing for the presence of Ebola in blood and swab samples, there have been no cases of viral infection among service members. Military Times >>

Perfluorinated compounds help firefighting foams rapidly flow over flaming liquids such as gasoline and jet fuel. But despite concerns about these possibly toxic compounds accumulating in wildlife and lurking in firefighters’ blood, researchers don’t know the identity of many of the chemicals in the mixtures on the market. For the first time, a new study borrows a medical research tool to pinpoint fluorochemicals in the blood of firefighters, identifying novel compounds that have never before been publicly reported. Chemical & Engineering News >>

The U.S. Nuclear Regulatory Commission (NRC) recently released an updated report concerning Fukushima water contamination and any potential U.S. radiation contamination dangers. The report states that the available evidence continues to lead the NRC and other Federal, State and local governments to conclude the low levels of radiation leaking into the ocean from Fukushima Daiichi fall well short of posing any U.S. health or environmental risk. Homeland Security Digital Library >>

Welcome to the Backlash Era, Europe

The election of a radical-left Syriza-led government in Greece on Jan. 25 has electrified European politics. After years of being told that there is no alternative to bowing to German demands for crushing austerity and wage cuts, the plucky Greeks have dared to stand up to Angela Merkel’s government in Berlin — and other Europeans have stood up and noticed. Foreign Policy >>

The $30 billion earmarked for the US Department of Energy in the 2016 budget proposal is 9% up on the amount it received for 2015. The $1 billion budget requested by the Nuclear Regulatory Commission (NRC) is nearly 3% down on the previous year as its new reactor workload decreases. World Nuclear News >>

In today’s world, in which the threat of terrorism looms, there is an urgent need for fast, reliable tools to detect the release of deadly chemical warfare agents. Scientists are reporting progress toward thin-film materials that could rapidly change colors in the presence of CWAs — an advance that could help save lives and hold aggressors accountable. HSNW >>

Inside the Bunkers Where the US Will Obliterate Its Chemical Weapons

If you were driving across the beautiful southern Colorado landscape near Pueblo, you probably wouldn’t even notice them: almost one thousand concrete storage “igloos” burrowed into the landscape. This 23,000-acre complex has stored the remaining biggest cache of chemical weapons in the US since World War II. Now, it’s the site of a huge operation to destroy them. Gizmodo >>

Iran Is Trying to Shield Assad from Chemical Weapons Condemnation

Tehran has spent decades urging the world to bar the use of chemical weapons, citing the thousands it lost when Saddam Hussein gassed Iranian troops during the Iran-Iraq War. When it comes to Syria, however, Tehran is doing all it can to protect Bashar al-Assad from Western attempts to punish him for using the deadly weapons against his own people. Foreign Policy >>

Hundreds of contaminated facilities left in the wake of 50 years of nuclear weapons production and energy research during the Cold War and Manhattan Project are still years away from being cleaned up, according to a recent audit report by the Department of Energy’s Inspector General. HS Today >>

In 2018, 25,000 soldiers will take part in a scenario with focus on demonstrating deterrence and defense of NATO’s northernmost areas. “Last year was not a good year for European security,” NATO Secretary General Jens Stoltenberg said last week when presenting the alliance’s annual report. Barents Observer >>

The Navy Has a Fire Fighting Robot

What’s more dangerous than an out-of-control inferno? One on board a nuclear powered—battleship in hostile waters. Ship fires represent a concatenation of danger. They happen far from civilization…or land, but often spring up enclosed spaces that quickly fill with smoke or fumes, further imperiling fire crews. It’s a dirty job, perfect for robots. Defense One >>

Russia and the United States once possessed more than 30,000 nuclear weapons each. Arms control agreements helped cap and eventually shrink the size of these dangerous arsenals during and after the Cold War. New START requires each country to have no more than 1,550 deployed strategic offensive nuclear weapons by February 5, 2018. WhiteHouse.Gov >>

Large Cache of US Chemical Weapons to Be Destroyed

The US is set to destroy its largest remaining cache of chemical-laden artillery shells, bringing it closer to complying with an international treaty. The Pueblo Chemical Depot in Colorado will begin neutralizing mustard agent in 780,000 shells in March. The 1997 Chemical Weapons Convention set a 2012 deadline to eradicate chemical weapons. Russia, Libya and Iraq are the only other countries with chemical weapons that have missed the deadline. BBC News >> 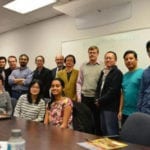 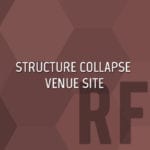