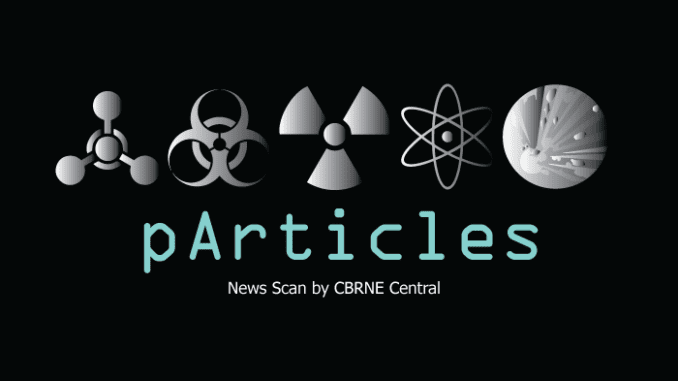 Chemical Exposure Deaths Down Sharply Over Past Two Decades

Although workplace chemical exposure fatalities tend to draw substantial publicity, a report in the wake of a Massachusetts incident last week noted that they’ve in fact been falling for decades. The Boston Globe, citing numbers from the U.S. Bureau of Labor Statistics, reported that 390 worker deaths were attributed to exposure to harmful substances or environments in 2014. Chem.info >>

Life and Death in Lahore

On Sunday, March 27, a suicide bomber blew himself up in a crowded public park in Lahore, Pakistan, killing 72 people and injuring over 350 others, most of them women and children. The Jamaat-ul-Ahrar, a vicious splinter group of the Tehrik-e-Taliban Pakistan (TTP), claimed responsibility for the attack, saying it was meant to target Christians celebrating Easter. Carnegie Endowment >>

The plunge of Syria and Iraq into seemingly interminable warfare is the most long-lasting debacle of the Obama presidency. Despite a temporary cease-fire in Syria — which only cements Bashar al-Assad’s continued rule and Russia’s geopolitical victory — and some gains in Iraq, the facts on the ground have changed irreparably. Washington Post >>

A power company shut down a nuclear plant in south-central Washington state after operators received an indication that a system used to cool equipment wasn’t working. Energy Northwest spokesman John Dobken said early Tuesday that there was no release of radiation from Columbia Generating Station near Richland, and no danger to the public. Chem.info >>

All That Glitters Is Not Gold: Toxic Heavy Metals as Weapons of Mass Effect

In a modest Japanese farming and fishing village in the 1950s, an unprecedented drama unfolded as one of the starkest and most vivid mass toxic exposure events of the 20th Century afflicted the townspeople of Minamata, Japan. CBRNe Portal >>

“If terrorists were able to successfully attack a nuclear facility, there could be a serious loss of life,” said Dr. Page Stoutland of the Nuclear Threat Initiative. “It’s no question that the news from Belgium will lead to countries as well as facility operators re-examining their plans.” CBS News >>

A Pima County Superior Court jury has found a man already convicted of using a chemical weapons in Tucson guilty again. Todd Russell Fries was found guilty of attempted murder, kidnapping, aggravated assault and other charges in Tucson on Thursday. The charges stem from incidents in 2008, 2009, 2010 and 2011 in which Fries took revenge on former customers of his power-washing business by defacing their homes and placing a chlorine device that enveloped a neighborhood. Police who searched his home sound multiple improvised explosive devices. SFGate >>

In a warehouse that holds potentially life-saving equipment, Lubbock County Sheriff’s Office Sgt. Chris Eppler sat as he spoke about his duties as bomb squad commander and his team. While most people run away from danger, he said, a few run toward it. Members of the Lubbock Regional Bomb Squad — a dual-agency team consisting of members from the Lubbock Police Department and sheriff’s office — are among those few, equipped and ready to go at a moment’s notice. Emergency Management >>

Fifty heads of state will convene in Washington beginning on Thursday to try to enhance worldwide security of nuclear materials, a meeting with new urgency given suspicions of terrorist groups’ interest in a nuclear plant in Belgium. New York Times >>

The U.S. Department of Energy announced Wednesday that it plans to ship more than 6 tons of weapons-grade plutonium more than 1,400 miles from a national laboratory in South Carolina to a nuclear waste dump in Southern New Mexico when the facility — shut down two years ago by a radiation leak — reopens for waste storage, possibly by the year’s end. Emergency Management >>

Triacetone triperoxide (TATP) is a highly unstable explosive prone to unintended detonation. Yet terrorists, such as those responsible for last week’s bombings in Brussels and the November 2015 attacks in Paris, are increasingly using the compound to inflict carnage. C&EN >>

“If nihilistic jihadis blowing up metro stations and airports doesn’t create a sense of solidarity, maybe the possibility of nuclear terrorism will do the trick. We’re about to hear a lot about shared interests as Washington gears up for one of the few items on the security agenda that purportedly interests President Barack Obama — the final Nuclear Security Summit.” Center for Nonproliferation >>

An $86m Drug Enforcement Administration plane purchased seven years ago to fly surveillance and counter-narcotics missions in Afghanistan remains grounded in the US and will probably never fly in Asia, according to a scathing audit released on Wednesday by the Justice Department’s inspector general. The Guardian >>

The security summit is focused on managing cyber threats and securing the use, storage, and transport of radiological and nuclear materials; it is the fourth in the series, following the inaugural summit in Washington in 2010, the second in Seoul in 2012, and the third in The Hague in 2014. Occupational Health & Safety >>

U.K. to Ship Highly Enriched Uranium for Disposal in U.S.

The United Kingdom will ship large quantities of enriched uranium for disposal in the United States, and in return will receive nuclear material from the United States for use in the treatment of cancer patients in Europe. HSNW >> 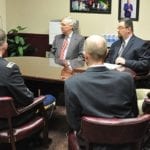 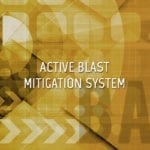