Deep in the USA Freedom Act which was signed into law by President Barack Obama last week, there is a section which will let the United States complete ratification of two-long stalled treaties aimed at preventing nuclear terrorism. HSNW >>

The blast that killed a US Defense Department contractor at Bulgaria’s state-run arms plant VMZ Sopot last weekend follows a string of accidents there, including two this spring. In March, a blast took place at a warehouse owned by VMZ Sopot but there were no casualties. Another blast took place at the same warehouse in late April, also causing no casualties. Defense News >>

The availability of medical care provided by EMS workers is necessary at all times, day or night. This requirement has led to circumstances where EMS workers across the entire industry are working in sleep deprived and fatigued states. Drowsy or fatigued EMS providers are substantially more likely to be injured on the job, commit a medical error, or perform a safety-compromising behavior. Global Biodefense >>

Aided by readily available bomb-making instructions on the Internet, IEDs are the fastest growing type of weapon used by insurgents and terrorists worldwide, with hundreds of attacks now recorded every month in some 100 nations, according to the U.S. Department of Defense. As if that weren’t enough, now there is growing evidence they have been adopted by some nation-states for use in urban warfare environments. Military & Aerospace Electronics >>

There is a very small IR-100 training reactor (200 kW) at the Naval Engineering school in the Sevastopol National University of Nuclear Energy and Industry in Crimea. This was taken over in the Russian annexation of Crimea, in April 2014, and Ukraine has raised with IAEA the safeguards implication. Russia’s national radioactive waste management company, NO RAO, will receive data for the accounting and control of radioactive materials and waste from Crimea. World Nuclear News >>

The Army has developed a method for improved battlefield communication without the need for satellites.  Vehicle-mounted, high-bandwidth networking radios that use line-of-sight communications waveforms link soldiers at the company level with battalion and brigade commands, providing ground-level connectivity. Mid-tier networking vehicular radios, or MNVRs, allow for rapid exchange of voice messages, images and video with commanders. Defense Systems >>

Tucked into the surveillance bill that became law was a little-noticed section that will let the United States complete ratification of two long-stalled treaties aimed at stopping a frightening scenario: terrorists wielding radioactive bombs. Army Times >>

The terrorist group Isis is recruiting “highly trained professionals” to make chemical weapons – and has already used them in an attack. The Australian Foreign Minister, Julie Bishop, said the group was now undertaking “serious efforts” to develop their chemical weapons arsenal. The Independent >>

As the five permanent members of the United Nations Security Council — the United States, Britain, France, Russia, and China — plus Germany near a deal to ease international sanctions if Iran agrees to restrictions and monitoring of its nuclear activities, diplomats say Iran’s refusal to provide inspectors access to its military bases could set back the negotiations, which have been in the works for over twenty-months. HSNW >>

The Naval Research Laboratory (NRL) is seeking proposals to support advanced development and testing of hardened diagnostic devices to support the biosurveillance needs of the U.S. military in field forward locations. Global Biodefense >>

Nuclear Blasts Shed Light on How Animals Recover from Annihilation

In the late 1960s and early 1970s, France detonated four nuclear bombs on the Fangataufa atoll—a ring-shaped island of coral in the middle of the Pacific Ocean. The detonations—the largest, a hundred times more powerful than the bomb dropped on Nagasaki—destroyed just about all life in the region, setting up an “unthinkable” ecological experiment: If life had to start fresh, would it develop the same way again? A new study of the aftermath of the blasts suggests it would not. Science >>

The keys to improving the Army’s acquisition process are being familiar with current and future threats and knowing the details of potential technological solutions, Assistant Secretary of the Army for Acquisition, Logistics, and Technology Heidi Shyu said today. Defense Systems >>

The consortium has identified that occupational and environmental health and safety is an essential and enabling component of forward progress in nanotechnology research and development through manufacturing. In addition to advancing worker health and safety research, the consortium will provide training and education for students, faculty, researchers, and private-sector members of the network, while taking advantage of the diverse research, manufacturing, and public-private partnership opportunities that exist across New York. FLC Newslink >>

At the headquarters level, NNSA has not provided guidance beyond its general framework for assessing the maturity of contractors’ CAS to determine whether information from CAS is sufficiently reliable for federal oversight purposes. In the absence of guidance, NNSA field offices – federal offices located at contractor operated sites – have established their own procedures for using information from CAS to conduct oversight. Fierce Government >>

The United States and other nuclear powers failed to use a recent United Nations conference to advance the cause of nuclear disarmament. The conference, held every 5 years, was supposed to strengthen international efforts to contain nuclear weapons. Instead, it was a reminder of the deep divisions over the future of nuclear weapons and what efforts should be made to eliminate them. NY Times >>

To detect chemicals used in improvised explosive devices (IEDs), the Naval Research Laboratory (NRL) developed Silicon Nanowires in a Vertical Array with a Porous Electrode (SiN-VAPOR), a small, portable, lightweight, low-power, low-overhead sensor that its researchers hope can be distributed to warfighters in the field and to security personnel at airports around the globe. FLC NewsLink >>

Nuclear weapons remain the most potent destructive force known to humanity. Yet, US nuclear policies and doctrines remain encumbered by Cold War beliefs in the potential utility of nuclear weapons, even though the United States enjoys a dominant geopolitical position in the world, underpinned by a conventional military superiority greater than any ever known before. These false hopes that nuclear weapons can play a range of political and military roles in US security policy cause the United States to mistakenly pursue a nuclear strategy that is costly — not only in material terms, but also in geopolitical terms. Stimson >>

Russia has refused to sign off on the U.N. nuclear watchdog’s annual report because the document lists a nuclear reactor near Crimea’s Sevastopol as being in Ukraine, two diplomats present at the meeting told Reuters on Monday. Russia annexed Crimea last year, but most countries still consider it part of Ukraine. Monday’s move by Russia is unlikely to block the report, but raises serious questions about jurisdiction in the contested area. Reuters >>

Is it Time to Overhaul the TSA?

The Transportation Security Administration is on the ropes again — reeling from news that undercover federal agents had a 95 percent success rate at sneaking fake bombs past airport security checkpoints. In response, the head of the Department of Homeland Security has “reassigned” TSA’s acting administrator. But security experts suggest bigger changes are needed, such as making huge investments in new screening technology and overhauling the entire agency. Emergency Management >> 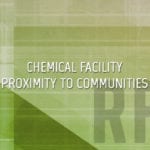