French security officials are investigating a spate of mysterious and illegal flights by drone aircraft over more than a dozen nuclear power stations in France, raising security concerns in a country that largely lives off atomic energy. Authorities have tallied at least 15 overflights of nuclear sites since early October. NY Times >>

Armor may protect vehicles from being breached by roadside bombs, but it does not always protect vehicles and their passengers from being tossed up and slammed down by a blast. For the past year, TenCate Advanced Armor USA has been working to prove to the US Army that its novel technology does just that. Its vehicle-mounted system detects a blast and, microseconds later, fires countermeasures upward like a shotgun blast that keep the vehicle down.  Defense News >>

The demolition of a dozen remaining chemical weapons production facilities in Syria is scheduled to begin later this month while work will continue on the verification of the government’s declarations. Damascus agreed last year to eliminate its entire chemical weapons program after a sarin attack on Aug. 21, 2013, killed hundreds of people in Ghouta. Reuters >>

At the recent 2014 Urban Shield preparedness exercise in Oakland, CA, Mutualink, Sonim and Oceus participated in a FirstNet-related deployment of an Enhanced System on Wheels (ESOW). The exercise was designed to give public safety officials in northern California the opportunity to prepare for a coordinated, multi-agency, emergency response using advanced collaboration across LTE Band 14. Government Security News >>

OPCW-The Hague Award Committee to have announced Dr. Robert Mathews of Australia and the Finnish Institute for the Verification of the Chemical Weapons Convention (VERIFIN) as the joint recipients of the inaugural OPCW-The Hague Award. OPCW >>

Russia Tells US It Will Not Attend 2016 Nuclear Security Summit

Russia has told the United States that it will not attend a 2016 nuclear security summit, the State Department said this week, in the latest sign of frosty ties between the U.S and Russia. Moscow said it doubted the value of the summit, which is to be held in Chicago in 2016, and believed the views of states which disagreed with the event’s organizers would be ignored. Voice of America >>

Steris Corporation is pleased to announce the award of a contract to Strategic Technology Enterprises, Inc., a subsidiary of STERIS Corporation, to supply the U.S. Department of Defense (DoD) with CeBeR Multi-Purpose Wipes for the Joint Service Equipment Wipe (JSEW) program. The wipes address known issues with current decontaminants, which are corrosive and damaging to optics and electronics. CBRNe World >>

Dumped Munitions Can Be Carcinogenic in Fish

Right up to the 1960s, old and unstable munitions were dumped in Swedish lakes and watercourses. At the time this was not regarded as posing a danger but new research from FOI shows that salmon take up TNT (trotyl or trinitrotoluene) which can be transformed into carcinogenic substances. FOI – Swedish Defence Research Agency >>

University of Utah engineers have developed a new type of carbon nanotube material for handheld sensors that will be quicker and better at sniffing out explosives, deadly gases and illegal drugs. The researchers found a way to break up bundles of the carbon nanotubes with a polymer and then deposit a microscopic amount on electrodes in a prototype handheld scanner. HSNW >>

Solutia is apologizing to residents over an emergency alert that was meant only for employees. A robo-call was sent to residents who live within a two mile radius of the company’s Sauget plant, warning them about a possible emergency. KMOV – St. Louis >>

Five R&D projects supporting advanced reactor technologies have been selected to receive $13 million of cost-share funding from the US Department of Energy (DoE). All of the research is being carried out by public-private partnerships. World Nuclear News >> 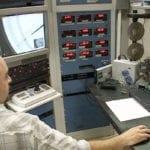 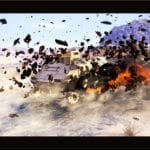