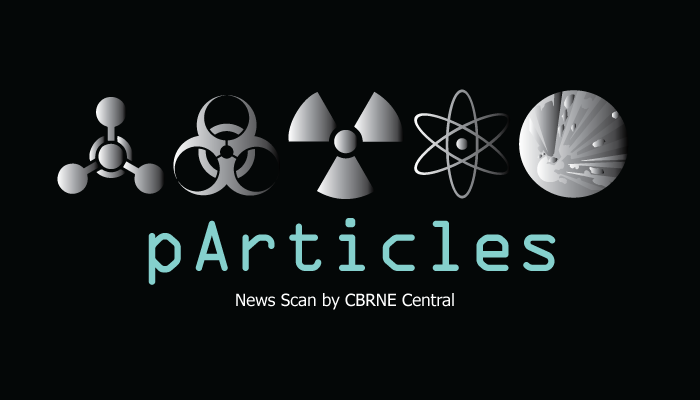 Disaster workers from the American Red Cross have responded to 176 large disasters in the United States this year, a total that exceeds each of the previous three years. The cost of the four largest Red Cross disaster this year is more than $30 million; which includes flooding in Texas and South Carolina, wildfires in California, and Typhoon Soudelor. Occupational Health & Safety >>

Given the increasingly real threat of a mass casualty event, some emergency personnel are adjusting the way they respond in these incidents. “In a potential active shooter situation, law enforcement leads the response. The role of EMS is to care for the injured or ill, whether victims or first responders. The department and its Office of Emergency Medical Services are part of Connecticut’s efforts to enhance our response capabilities to all events, including those involving the use of weapons.” Emergency Management >>

Iran’s president denounced the United States on Thursday for suggesting the possibility of new sanctions over Iranian missiles, and he ordered his Defense Ministry to respond by swiftly building more of them. Hours after circulating a draft of proposed sanctions on Wednesday, however, the White House did not provide a timetable or even say that they would be put into effect. NY Times >>

Underground nuclear weapon testing produces radionuclide gases that may seep to the surface, which is affected by many factors. These include fractures in the rock caused by the explosion’s shock waves that create pathways for the gas to escape plus the effect of changes in atmospheric pressure that affect the gases’ movement. HSNW >>

On Monday Iran took the most important step so far toward complying with the nuclear agreement it had signed with the P5+1 power by shipping 25,000lb of low-enriched uranium to Russia. Iran had until the end of 2015 to ship out all of its low-enriched uranium it has stockpiled – except 660lb which the agreements allows it to keep. HSNW >>

The Present and the Past: Nuclear Weapons in 2015

Expert assessments from BOTAS this past year include coverage of: Iran agreement of 2015; Harrowing story of the Nagasaki bombing mission; What would happen if an 800-kiloton nuclear warhead detonated above midtown Manhattan; How the next US nuclear accident could happen; and former SECDEF William J. Perry on nuclear war and nuclear terrorism. Bulletin of the Atomic Scientists >>

US Secretary of State John Kerry has described yesterday’s shipment of more than 11 tonnes (25,000 pounds) of low-enriched uranium materials from Iran to Russia as “one of the most significant steps” the Middle Eastern country has taken toward fulfilling its commitments under the nuclear accord it signed with world powers earlier this year. World Nuclear News >>

Late in a life lived unnervingly near the nuclear abyss, William J. Perry is on a mission to warn of a “real and growing danger” of nuclear doom. The 88-year-old former defense secretary is troubled by the risks of catastrophe from the very weapons he helped develop. Seattle Times >>

The U.S. Environmental Protection Agency on Thursday ordered installation of an isolation barrier to make sure that an underground fire does not reach buried nuclear waste at a suburban St. Louis landfill. Nuclear waste dating to the Manhattan Project was dumped at West Lake in 1973. An underground fire has been smoldering for years and is now within 1,200 feet. Seattle Times >>

An ultra-high-resolution technique used for the first time to study polymer fibers that trap uranium in seawater may cause researchers to rethink the best methods to harvest this potential fuel for nuclear reactors. HDIAC >>

IAEA Highlights and Achievements in 2015

Releasing a major report on the accident at the Fukushima Daiichi Nuclear Power Plant, signing and implementing with Iran the ‘Road-map for the clarification of past and present outstanding issues regarding Iran’s nuclear program’ and promoting safe nuclear solutions towards sustainable development worldwide — these are some of the achievements of the IAEA in 2015. IAEA >>

Over the summer, Argonne National Laboratory confirmed a new commercial method for producing a critical medical isotope. In June, Argonne demonstrated the production, separation and purification of molybdenum-99 (Mo-99) using a process developed in cooperation with SHINE Medical Technologies. Mo-99 is the parent isotope of technetium-99m (Tc-99m), the most widely used radioisotope in medical diagnostic imaging. FLC Newslink >>

US nuclear energy programs, including small modular reactors and the development of new advanced reactors, are to receive $960 million under an appropriations act signed into law by President Barack Obama. Obama signed the 2016 Omnibus Appropriations Act on 18 December, after it had been approved by both the Senate and the House of Representatives. The legislation includes funding for virtually the entire federal government to the end of the fiscal year on 30 September 2016, about $1.15 trillion in total. World Nuclear News >>

Conference of the States Parties to the Chemical Weapons Convention, 2015

“The centenary of the first use of poison gas – during the First World War – which was observed earlier this year, was tainted by the persistent use of chemical weapons during the Syrian conflict…The ICRC condemns the use of chemical weapons by any party to any armed conflict. Such use constitutes a serious violation of international humanitarian law, by which all conflict parties are bound, and the ICRC calls on all parties to the armed conflicts in Syria and Iraq, in the name of humanity, to respect this prohibition.” International Committee of the Red Cross >>

At least 14 people have been killed and several others injured by Boko Haram gunmen in a Christmas Day attack on a village in northeastern Nigeria, vigilantes said on Saturday. Mounted on bicycles, the jihadists invaded Kimba village in flashpoint Borno state at around 10pm on Friday, opening fire on residents and torching their homes. The Guardian >>

The San Bernardino attack may mark the inflection point where the Columbine response and the 9/11 response go head to head. Terrorists are, it turns out, just as able to buy and use assault weapons as other shooters. If Americans were to follow the 9/11 paradigm, this would mean regulating gun sales to try to avoid repetition. Bloomberg View >>

Organizations that are most likely to pursue a chemical, biological, radiological or nuclear (CBRN) weapon tend to be lethal (cause a high number of fatalities), allied (highly networked) and based in wealthy countries, according to new findings from researchers at the National Consortium for the Study of Terrorism and Responses to Terrorism. START >>

Emergency crews have continued to clean up in heavy rain after a freight train derailment in mid northern Queensland. About 200,000 litres of sulphuric acid and diesel fuel were spilled when all 26 carriages overturned at the Quarrells site, 20km east of Julia Creek, on Sunday. The Guardian >>

Derailed Train in Australia Had More Than 200,000 Gallons of Acid On Board

The train that derailed in northern Australia over the weekend was carrying more than four times as much sulfuric acid as previously announced, police said Tuesday. The freight train had roughly 819,000 liters (216,000 gallons) of the highly corrosive acid on board when it came off the tracks Sunday morning in a remote area of northern Queensland. CNN >>

Identification of Groundwater Contamination from Explosives Used in Road Construction

Explosives used in construction have been implicated as sources of NO3– contamination in groundwater, but direct forensic evidence is limited. Identification of blasting-related NO3– can be complicated by other NO3– sources, including agriculture and wastewater disposal, and by hydrogeologic factors affecting NO3– transport and stability. Environmental Science & Technology >>

In the last few years, additive manufacturing, also known as 3-D printing, has transformed from an interesting hobby to an industry producing a wide range of products. It is on the path to causing major disruptions in global trade — and changing the international security environment. War on the Rocks >>

Army researchers are adapting a robot used for bomb-disposal and other tasks to enhance its ability to detect chemical, biological, radiological, nuclear or explosives threats. The project, being carried out by several organizations working together, is developing a new variant of the PackBot 510, a ground robot made by iRobot that has been used widely in Iraq, Afghanistan and elsewhere. Defense Systems >>

The CICADA unmanned aerial vehicle (UAV) is a low-cost, GPS-guided micro disposable air vehicle that can be deployed in large numbers. Having no source of propulsion onboard, the small craft is released from another airborne platform at altitude and the CICADA then glides to its destination. Its lack of a motor and small size makes it nearly undetectable in flight. Armed with Science >> 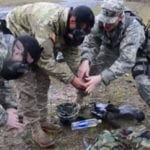 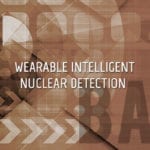