Syria, Iraq, and the Specter of Chemical Warfare

Collecting the samples needed to verify the details of chemical-weapons attack is extremely difficult in a warzone. A UN investigation into reports that Syria had used chemical weapons in 2013 took weeks, and though it strongly implicated the Syrian regime, it did not definitively identify the government as the perpetrator. Nor did a U.S.-drafted UN Security Council resolution condemning those attacks. And the Syrian regime has already denied responsibility for Monday’s reported chlorine attack, keeping with its pattern of blaming opposition forces. The Atlantic >>

Calling it an immediate “critical mission need,” the Department of Homeland Security (DHS) is performing classified queries on its unclassified data to identify individuals supporting the terrorist activities of the Islamist jihadi organizations, the Islamic State of Iraq and the Levant (ISIL), Al Qaeda in the Arabian Peninsula (AQAP), the Al Nusrah Front and affiliated offshoots of these groups or individuals seeking to join jihad in Syria and Iraq. HS Today >>

Something Special About Doing Business With SOCOM

There is a reason why many defense contractors consider U.S. Special Operations Command a dream customer. SOCOM knows what it wants, and it moves quickly to get it. It follows the same federal procurement regulations as the conventional branches of the military, but its acquisitions move faster in large measure because it is smaller, controls its own budget and has a leaner bureaucracy. National Defense >>

As Oklahoma City and the country prepare to mark the 20th anniversary of the Alfred P. Murrah Federal Building bombing on April 19, 1995, FBI.gov looks back at the deadliest act of homegrown terrorism in the nation’s history through the eyes of special agents who were there and a survivor who continues to honor the victims by sharing her remarkable story. FBI >>

One moment two years ago in Boston arrived with devastating effect. It was abrupt and binary. What had been a bright, pleasant day of individual and collective celebration rapidly darkened, as the brutal vision of two “losers” was realized. Three people lost their lives, and over two hundred were injured, some gravely so. Yet immediately after that moment, something remarkable happened. Bifurcated Needle >>

Negotiations over Iran’s nuclear program have made countless headlines since 2013, when Tehran and six world powers reached an interim agreement on how to move forward. The country’s enrichment capacity, heavy water reactors, and past weaponization activities have all been under close scrutiny by the international community and press. But little attention has been paid to a crucial part of the discussions: nuclear safety. Bulletin of the Atomic Scientists >>

The US Food and Drug Administration (FDA) has excellent capability for monitoring food for radionuclide contamination. However, the current methods available for alpha- and beta-emitting radionuclides are limited because they are time consuming with multi-day procedures often required to isolate them from sample matrix and interfering radionuclides. In the aftermath of an accident involving nuclear-energy or -weapon materials, the US FDA could be tasked with monitoring the food supply for this type of contamination. CBRNe Portal >>

New draft legislation in the House of Representatives could lead the way out of a political snarl that for years has stalled Congress’s efforts to modernize the federal law governing commercial chemicals. The chemical industry is backing the draft bill, and environmental groups say that with a few changes they too could support it. Chemical & Engineering News >>

The UN security council has vowed to take action against those responsible for deadly chemical weapons attacks in Syria after hearing graphic first-hand accounts from doctors working there. The US ambassador, Samantha Power, who said many council members were reduced to tears by the reports, told reporters after the closed-door meeting that the security council would seek to identify those behind the attacks and ensure they faced justice. The Guardian >>

More than 8000 tons of chemical weapons, mostly mustard gas, dumped off Moreton Island in 1945 after World War II pose little danger to the general public, according to the Australian Department of Defence. However the department says there has been no testing on the mustard gas shells, bombs, grenades and tear gas grenades that were dumped in deep water in two, five kilometer-wide dump zones on the ocean side of Cape Moreton. Brisbane Times >>

Providing the Big Picture During a Nuclear or Radiological Emergency

For one week in late April, more than 200 experts from 70 countries and five international organizations will gather at IAEA headquarters to discuss the latest trends related to assessment and prognosis in response to a nuclear or radiological emergency. IAEA >>

It’s been more than a decade since the attacks of 9/11, but many of the first emergency workers to arrive at the World Trade Center site continue to feel health effects. Nearly 17% of emergency medical service (EMS) workers who responded to the 9/11 terrorist attacks display symptoms of depression and 7% show signs of Post-Traumatic Stress Disorder (PTSD), according to a new study in the journal Occupational & Environmental Medicine. Time >>

Major multilateral summits typically end with a communiqué reflecting grand ideas and big-picture goals that all participants can agree on. Lately, however, a new trend has emerged: “gift-basket diplomacy.” This approach focuses less on members’ ideals and overarching aims than on how states can work together on issues of mutual concern. It is a form of multilateral, voluntary commitment-making that supplements broad statements with practical, near-term objectives. Bulletin of the Atomic Scientists >>

The Army is reaching out to specific units that service officials believe could have been exposed to chemical warfare agents as the Army tries to ensure troops across all four services receive the right medical support – in some cases, years after the exposure might have occurred. Military.com >>

The Rising Cost of 911 Emergency Service

It’s one of the few things that just about everyone seems to agree government should be doing. But there’s less consensus when it comes to figuring out how to pay the bill for making sure a call to 911 results in emergency responders rushing to help. Emergency Management >>

New Laws for New Threats Like Drones and Bioterrorism

You walk into your shower and see a spider. You don’t know whether it is venomous—or whether it is even a real spider. It could be a personal surveillance mini-drone set loose by your nosy next-door neighbor, who may be monitoring the tiny octopod robot from her iPhone 12. A more menacing possibility: Your business competitor has sent a robotic attack spider, bought from a bankrupt military contractor, to take you out. Wall Street Journal >>

Would We Really Go Nuclear to Protect Estonia?

The date is already forgotten, but its significance may return to haunt us. On March 29, 2004, Britain promised to fight for Estonia just as surely as we would defend the White Cliffs of Dover. That was the day when the Baltic country joined Nato and fell under the protective umbrella of Article V of the North Atlantic Treaty, obliging Britain and 26 other allies to defend Estonia with “armed force”. The Telegraph >>

Exactly one century ago Wednesday, German troops opened the taps on a line of chlorine tanks to send a poisonous cloud drifting across no man’s land and into World War I Allied trenches. The gas blinded soldiers and made them retch, vomit and choke, combining with bodily fluids to destroy their lungs. Air Force Times >>

As a spring breeze wafted into his trench, commander Georges Lamour of the French 73rd infantry saw something almost surreal drift his way. A yellow-green cloud. He barely had time to react. “All my trenches are choked,” Lamour cried into the field telephone to headquarters. “I am falling myself!” These were the last words heard from Lamour. World War I, and warfare itself, were never the same. MSN >>

A Crime Against Humanity

Generally, mankind does not outlaw weapons. Anything a military can think of is in the arsenals of the world. But there are a few exceptions and one of them is for a weapon so hideous that virtually every country has banned, not only its use, but the mere possession of it. The weapon is sarin. It’s nerve gas. 60 Minutes >> 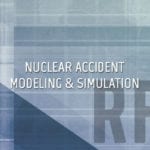