The Vienna Environmental Research Accelerator (VERA) was used to detect the ultra-trace concentrations of 233U and 236U (in the picture K. Hain with Master student M. Kern). Credit: M. Martschini, University of Vienna

Uranium is not always the same: depending on whether this chemical element is released by the civil nuclear industry or as fallout from nuclear weapon tests, the ratio of the two anthropogenic, i.e. man-made, uranium isotopes 233U and 236U varies.

An international team of researchers led by physicists from the University of Vienna outline a promising new “fingerprint” for the identification of radioactive emission sources in a paper recently published in Nature Communications.

The oceans naturally contain concentrations of the element uranium (U) in the range of several micrograms per kilogram of water. Due to its dissolved chemical form, uranium is not removed from water by sedimentation, but is transported and mixed together with the corresponding water masses. These chemical properties allow to trace water transport processes in ocean currents, which have a strong influence on our climate.

Uranium as an oceanographic indicator

This also applies to so-called anthropogenic uranium isotopes released by human activities, such as nuclear reprocessing plants, reactor accidents or atmospheric nuclear weapon tests. An advantage of using anthropogenic uranium isotopes for tracking ocean currents is their high sensitivity to small, recent uranium inputs into the large reservoir of natural uranium. By observing the dispersion of trace nuclides from the source of their emission, scientists can deduce the water transport in the neighbouring seas.

The Isotope Physics group at the University of Vienna initiated the analysis of the anthropogenic trace isotope 236U several years ago, which has now increasingly been accepted as an oceanographic tracer by the respective scientific community. However, in systems affected by multiple sources of contamination, such as the Arctic Ocean, a single isotope is not sufficient for tracing ocean currents because too little is known about the emission history of the various sources.

“So we were looking for a second anthropogenic uranium isotope, which is produced during the explosion of nuclear weapons but hardly in conventional nuclear power plants. In terms of nuclear physics, 233U appeared to be a promising candidate,” explains Peter Steier, one of the initiators of the study.

The scientists succeeded in analysing smallest quantities of 233U and 236U using accelerator mass spectrometry (AMS) at the Vienna Environmental Research Accelerator (VERA). The samples provided by international cooperation partners included a coral core from the Pacific Ocean, a peat bog core from the Black Forest and samples from the Irish and the Baltic Sea. The detection of the extremely low concentrations of 233U, for instance 1 femtogram per gram of coral, was only possible after a major upgrade of the VERA facility.

The hypothesis of the physicists was confirmed, as they found a 233U/236U ratio in samples from the Irish Sea, which is known to be heavily affected by discharges from the Sellafield reprocessing plant, ten times lower than in the samples from the German peat bog where the global fallout of weapons tests had accumulated. The data from the coral and the peat bog core can even be attributed to different phases of the atmospheric nuclear weapons testing programs.

The authors argue that significant amounts of 233U were released either by thermonuclear weapons, in which the isotope is produced by rapid neutron capture in highly enriched uranium, or by the explosion of low efficiency weapons in which 233U was used directly as fuel. “Our experimental data show that the contributions to global weapon fallout as of today’s knowledge cannot explain the 233U uranium balance in the bog. This suggests a contribution from the only known 233U bomb tested at the Nevada test site,” says first author Karin Hain of the University of Vienna. 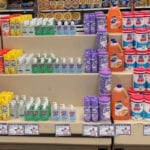 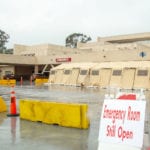