Tech Sgt. Ian Crocker, information systems analyst with the 10th Civil Support Team, Washington National Guard, briefs visitors on the capabilities of the CST's communications truck during the AT&T FirstNet Disaster Recovery Showcase at the State Capitol in Olympia, Wash., Jan. 22, 2020. The display showcased network and communications equipment that would be utilized during and after a disaster. Credit: Joseph Siemandel

The ability to communicate is critical during and after a disaster. Emergency responders have to know the needs of a community to provide efficient, effective help.

“In the wake of a large scale disaster, communication systems are usually a mess,” said Tech Sgt. Ian Crocker, an information systems analyst with the 10th Civil Support Team. “The CST’s communication packages provide a robust network for the responders on the ground to make the critical connections to outside resources and entities.”

Crocker and other members of the Washington National Guard’s 10th CST joined AT&T FirstNet at the Capitol to demonstrate communication capabilities. The event included a demonstration from a hazardous materials response truck, a FirstNet Satellite Cell on Light Truck, or “COLT,” a flying Cell on Wings, or “COW,” and the CST’s Disaster Recovery Technology Truck.

“We as CSTs know that our mission is to provide the network connection for the responders and the public in the event of a large-scale disaster,” said Crocker. “This was demonstrated in Puerto Rico during Hurricane Maria that devastated the territory in 2017. Our communications platforms, scattered around the island, provided the core communications infrastructure used by the government and the responders to provide life-saving measures around the island.”

Mark Glenn, chief information officer for the Washington Military Department, helped coordinate the Capitol campus event after attending a similar session in early 2019 for the California National Guard in Sacramento.

“I simply asked the question, why can’t we put on a similar event to benefit the citizens of Washington on our Capitol campus as well?” he said. “I just did not expect it to happen right away.”

With one of the most technologically advanced regions of the country, Washington is poised to benefit from the private sector in the event of a disaster.

“The citizens of Washington ultimately are the ones who benefit the most when the Military Department partners with private sector companies who have critical resources to bring to bear in our greatest times of need – during and after a disaster occurs,” said Glenn. “The Washington Military Department will continue to seek to strengthen our partnerships and cultivate our relationships with more private sector companies who are willing to engage and share their expertise and resources here in our state.”

Article courtesy of National Guard, edited for context and format by CBRNE Central. 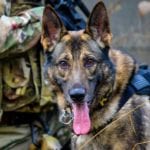 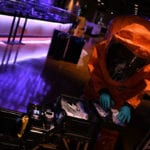