USAID Begins New Round of Agent Orange Remediation in Vietnam

A Solution for Cleaning Up PFAS, One of the World's Most Intractable Pollutants 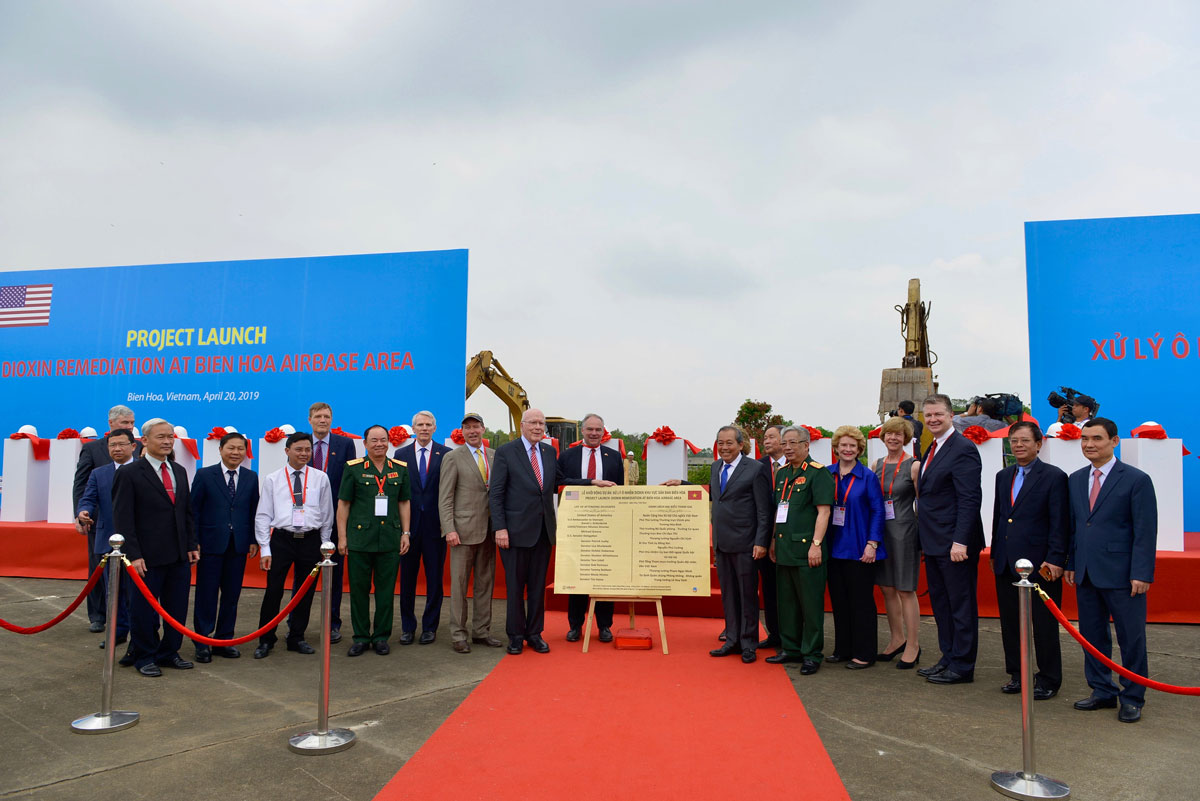 Nearly half a century after the war’s end, most of the people in the southern Vietnamese city of Bien Hoa are disabled, a result of exposure to dioxin contaminants in the soil from Agent Orange stored here during the war between North Vietnam and the U.S.-backed South Vietnamese republic.

Speaking about her severely handicapped son, Le Thi Anh said: “We didn’t know why he was born this way. Then some NGOs raised a voice and all the children born with disabilities were tested by the government. Turns out, he had dioxin traces in his blood.” She hasn’t received any support to help her care for her son.

Bien Hoa Air Base was the primary Agent Orange storage and handling site during the war and is the largest remaining hot spot of dioxin contamination in Vietnam — and, arguably, in the entire world. Le knows this but says she’s not aware of any project meant to treat the dioxin.

The project’s treatment of dioxin contaminated soil and sediment is a success, although an underestimation of soil and sediment volumes requiring treatment added to Project implementation costs. Areas identified as hotspots were excavated and contaminated material was treated well below the accepted standard. However, it was done so at greater cost and time expenditure than might otherwise have been had soil characterization been better and consequently, had the project accounted for excess volumes during planning.

Despite the experience of improved characterization through additional sampling and the acknowledgement that confirmation sampling is likely to identify additional volumes, future reports did not assume any potential for excess volume until it happened. This failure to openly acknowledge and address the possibility of excess volume during the planning stages, particularly of soils below the 1,000 ppt level, caused delays in implementation as the GVN and USAID worked out how to address these quantities. This point was raised numerous times in the KIIs by Vietnamese interviewees. Part of the problem of the EVSA was that it was not contemplated in planning and adjusting to unplanned events during implementation is, according to the KII respondents, a “herculean effort.” The issue of not addressing alternatives or possibilities in the planning stage was also raised by the contractors in their lessons learned session in June 2018. To assume that excavated soil quantities would exactly match the quantities estimated during site characterization is naïve. However, the failure to consider that site characterization could be incomplete, and that excess volumes of material needing treatment could be encountered, is less than ideal planning.

The total costs used for CEA for Danang project is 99,606,926 USD (in nominal terms). Adjusting for inflation over the project, the cost was 107,540,026 USD (in 2018 dollars). This is the cost that is most directly analogous to the projects scrutinized for comparison. The costs do not include pre-remedial investigation, landfilling of soil/sediments below the remediation limit at the EVSA, use or treatment of some contaminated materials left on site (e.g. concrete masonry unit, or CMU blocks) and post-remedial site restoration.